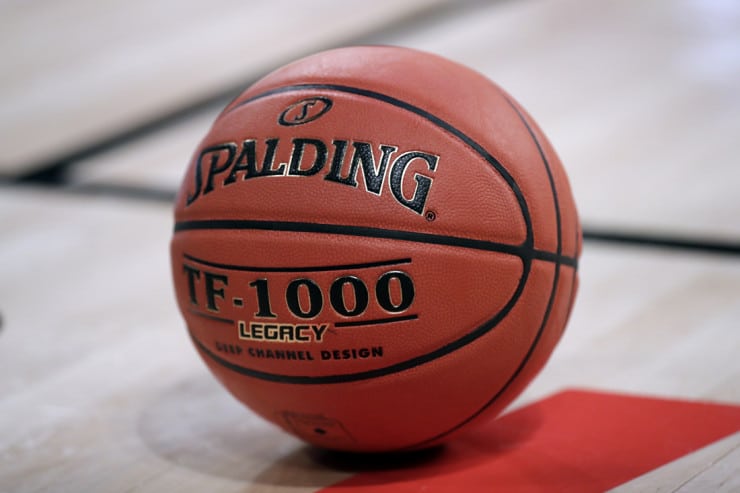 Team Serbia will take on Team USA in the Women’s Basketball Semifinals at the 2020 Tokyo Olympics on Friday.

The winner of this matchup will advance to the Gold Medal Game on Sunday while the other team will have a chance to play for a medal in Saturday’s Bronze Medal Game. Team USA went undefeated in the preliminary rounds before winning its Quarterfinal Round contest versus Australia. Meanwhile, Serbia (3-1) put together a gutsy effort to hold off China and will represent Team USA’s toughest test of the tournament.

Can Serbia pull off the upset against Team USA in the Women’s Basketball Semifinals at the 2020 Tokyo Olympics on Friday?

Serbia escaped with a 77-70 victory against previously undefeated Team China in the Women’s Basketball Quarterfinals on Wednesday. Jelena Brooks led Team Serbian with 18 points while Sonja Vasic chipped in 16 points and 10 boards in the win. Serbia outscored China by 16 points in a decisive fourth quarter to advance to the Semifinal Round.

Vasic, the reigning EuroBasket MVP, is averaging 11.3 points and 7.3 rebounds per game during the Olympics. Meanwhile, Brooks leads the team in scoring at 13.5 points per contest. Vasic has proven to be a threat in and out of the paint during the 2020 Tokyo Olympics. She has shot 46 percent from the field and 56 percent from 3-point range. As a team, Serbia has shot a healthy 35 percent from beyond the arc through its first four contests.

Team Serbia entered Tokyo as the reigning EuroBasket Champions and the team earned a bronze medal in the 2016 Rio Olympic Games. Still, the Serbian Women’s Basketball team will be heavy underdogs against Team USA, which comes into the Semifinals favorited by 17.5 points.

Stewart Leads Team USA Past Australia In Quarterfinal Round

Team USA dismantled Australia 79-55 in the Women’s Basketball Quarterfinal on Wednesday night. Breanna Stewart finished with 23 points to lead all scorers while Brittney Griner chipped in 15 points and eight rebounds for Team USA in the win. Stewart was also a force on the defensive end of the floor, showcasing why she is one of the most dominant players in the WNBA.

While the U.S. Women’s Basketball Team hasn’t dominated the competition during the 2020 Tokyo Olympics, they’ve managed to escape unscathed to this point in the tournament. Team USA was tested during group play but put together its best performance of the Olympics versus Australia.

A’Ja Wilson leads Team USA in scoring at 17.8 points per game. Wilson has also hauled in 8.5 rebounds per game while shooting 63 percent from the floor. Meanwhile, Stewart is averaging 16.0 points, 9.0 boards, and 5.0 assists per game. Team USA has pulled away in each of its first four contests, which shouldn’t come as a surprise. The U.S. Women’s Basketball team hasn’t lost a game at the Olympics since 1992.

Team USA comes into the 2020 Tokyo Olympics Women’s Basketball Semifinals favored by a whopping -17.5 points over Serbia. The total for this contest is set at 158.5 points. Bovada sportsbook has set Team USA as favorites at -3300 odds while money line bettors can take a chance at hitting it big with Serbia at +1400.

Trends can be valuable information for bettors looking to improve their basketball betting strategy.

Below is a shortlist of trends for the 2020 Tokyo Olympics Women’s Basketball Semifinals.

Below, you can find some betting predictions for the 2020 Tokyo Olympics Women’s Basketball Semifinals.

Despite sporting an undefeated record, Team USA hasn’t been as dominant as you’d expect during the 2020 Tokyo Olympics. Serbia has shown some resiliency during the tournament and will be playing with house money here. All of the pressure will be on the U.S. Women’s Basketball team in this spot. They’ve won seven consecutive gold medals but have had some trouble with subpar teams during the Olympics. Team USA beat France by 11 points while Serbia beat them by nine points in the EuroBasket Finals, so this matchup might not be as lopsided as most bettors think. I’ll take my chances with Serbia covering the spread in the Semifinals on Friday.

With Team USA favored by a wide margin, it’s hard not to look the other way there. It might take a miracle but at +1400, the Serbian Women’s Basketball team might be worth the risk. They beat France by nine points in the Eurobasket Finals and are coming off of a hard-fought win against a tough China team. They have two legitimate scoring threats in Brooks and Vasic that should help them keep this game from getting out of hand. Team USA has made a habit out of letting opponents hang around during the 2020 Tokyo Olympics and that could come back to bite them here. Serbia put away China by outscoring them 28-12 in the fourth quarter and could pay off big with another clutch performance here. Take a chance with Team Serbia on the money line on Friday.

These two teams are projected for 158.5 points but that number seems a bit too low here. The U.S. Women’s Basketball Team allowed at least 69 points in each of its first three group games. While they showed up with a better performance against Australia, Team USA will be up against arguably its toughest test of the tournament in this spot. Team Serbia has a legitimate chance of keeping this game close, which bodes well for the total here. Look for this matchup to go over the projected total on Friday.

For bettors that don’t want to take a chance on the full-game line, there should be some value with the first-half money line in this game. Even if Serbia doesn’t pull off the upset, it wouldn’t come as a surprise to see them catch Team USA off-guard with an efficient first half. They’ve had some explosive quarters during the 2020 Tokyo Olympics, and at +525 odds, it’s hard not to take a chance with them here. Take Serbia to win the first half in the 2020 Olympics Women’s Basketball Semifinals on Friday.