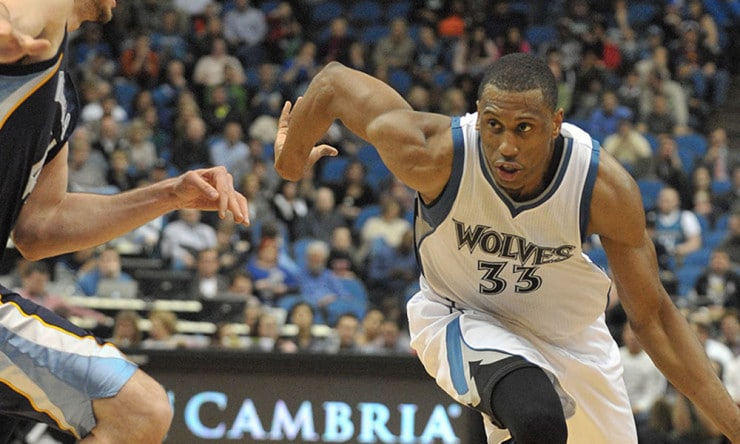 The Minnesota Timberwolves are certainly a team to keep an eye on as the 2015 NBA Trade Deadline approaches because they have a lot of veterans who could be on the move.

Thaddeus Young, Kevin Martin, Gary Neal, Nikola Pekovic and Chase Budinger could be traded if Minnesota is able to acquire first-round picks and/or young players that help them with their rebuilding effort.

Minnesota entered the season (naively) hoping to be a playoff team, but instead they have one of the worst records in the league. Now, don’t be surprised if they trade away some of their veterans and completely embrace their rebuild.

They’ve already traded Corey Brewer and Mo Williams, and players like Young, Martin, Pekovic, Neal and Budinger could be next.

They have tried packaging some of these players together, according to ESPN’s Marc Stein, as teams have been asked to take on Budinger’s contract when calling to inquire about Neal.

Minnesota is having a lot of conversations right now and it’s very possible one or more of their veterans are moved in the next 24 hours. Contenders looking to bolster their roster for a title run may be see someone like Young, Martin or Pekovic as the piece that could put them over the edge.

It’s also worth noting that Neal doesn’t want to remain in Minnesota, so if he doesn’t get traded it’s possible that he will bought out and look to join a contender (with the Atlanta Hawks being mentioned as a possible suitor).