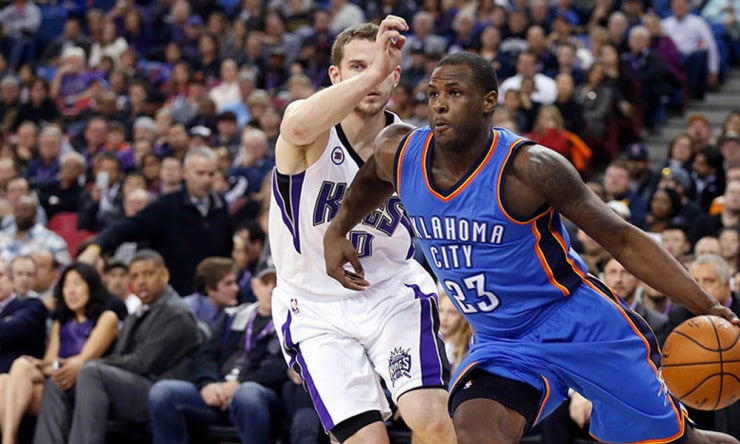 (Thunder guard Dion) Waiters is set to be a restricted free agent next summer, unless he and the Thunder come to an agreement on an extension before the Nov. 2 deadline, something that to the surprise of many, is reportedly being negotiated. It would be such a shame to rob everyone the enjoyment of Contract Year Dion, but alas.

On the surface, it’s head-scratching why the Thunder would want to extend Waiters, who, despite his potential, seems like a perfect candidate for the restricted free-agent market to determine his value. He was inconsistent in 47 games with OKC last season, averaging 12.7 points on 39.2 percent shooting, par for the course for the inefficient Waiters. However, he started the final 18 games and was pretty good in those, averaging 15.3 points on 41 percent shooting (37 percent from 3), capped by 33 points in the season finale. In three preseason games (small sample size disclaimer here), he’s shown strong flashes of improvement, attacking the rim — and finishing — more consistently, while also displaying more playmaking skills, dishing out eight assists.