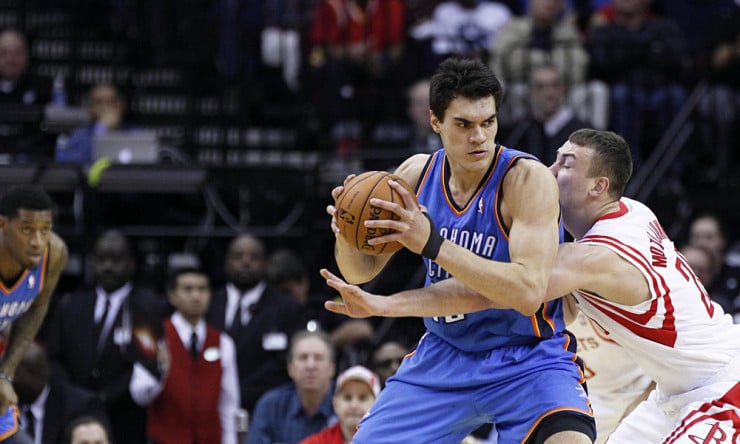 After (Perry) Jones limped off, the Thunder was left with seven.

He did not return.

Less than a minute later, Thunder guard Reggie Jackson hit the floor hard and came up clutching his right wrist, the same wrist that forced him to miss the final five preseason games. He favored his wrist for the remainder of the game, keeping it close to his midsection, holding it with his left hand and flexing it at various times.

Sebastian Telfair was called for a flagrant 2 foul when he hit Raptors forward Tyler Hansbrough in the face. The contact looked incidental, but the call carries an automatic ejection.