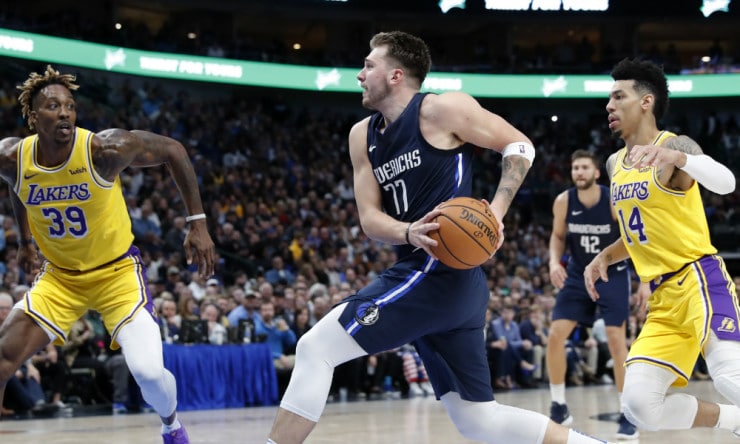 On Wednesday, the Dallas Mavericks (29-22 SU, 27-25 ATS) will host the Oklahoma City Thunder (15-34 SU, 30-17-2 ATS) at American Airlines Center in Dallas. Let’s take a look at the top NBA picks and betting trends, as well as the starting lineups for tonight’s Thunder vs Mavericks game.

All Thunder vs Mavericks betting odds can be found at BetOnline

Thunder vs Mavericks News and Preview

The Thunder are mired in a ten game stretch that has seen them go 2-8 while losing their start point guard, Shai Gilgeous-Alexander, to injury in an overtime loss to the Indiana Pacers on January 28th.

On Monday, though, the shorthanded Thunder battled to beat the Portland Trail Blazers, 98-81, in Oklahoma City. The Thunder were paced by Lou Dort (18 points, 6 rebounds), Josh Giddey (14 points, 12 rebounds) and Tre Mann (13 points).

The Thunder actually gave up 31 points in the first quarter and trailed by 12 heading into the second. But the Thunder would allow the Blazers to score just 50 points in the final three quarters, mostly thanks to Portland shooting 7-38 from beyond the arc (18.4%).

The Dallas Mavericks, on the other hand, also recently lost a major piece in Tim Hardaway Jr., who fractured his fifth metatarsal in a blowout loss to the Golden State Warriors on January 25th.

Since that game, the Mavericks are 2-1 with wins against the Blazers and Pacers and a loss to the Orlando Magic in their last game. It was the 2nd half of a back-to-back for the Mavericks, but losing to a bottom dweller in the Magic is never a great sign.

This is the 4th meeting of the season between these two teams, and the Mavericks are 3-0 SU, but just 1-2 ATS. In their most recent meeting on January 17th, the Mavericks squeaked out a 104-102 win in Oklahoma City. The meeting prior saw the Mavericks win 95-86 in Dallas.

The only game the Mavericks covered was their 103-84 win against the Thunder at home on December 12th.

We are getting a couple points of value on the Mavericks tonight, mostly thanks to their loss to the Magic on Sunday and the Thunder beating the Blazers on Monday. The Blazers shot horrendously from beyond the arc and looked like they were ready to run away with the game.

The truth is, without Shai Gilgeous-Alexander the Thunder will be even more offensively challenged than usual while going against one of the best defenses in the NBA.

The Thunder can get stops, but I don’t see their offense doing enough to keep this game close.

Meanwhile, the Mavericks are coming off a bizarre travel schedule that had them in California, then Portland, back to Dallas, then in Orlando the next night. They’ve been off for two days and should come out strong on their home court. Back the Mavericks in a game that should be closer to a 15 point spread.

As for the total, it’s set a bit low at 207, but there’s a good chance neither team reaches 100 points in this one, so I lean to the under as well.

For what it’s worth, the ESPN Matchup Predictor gives the Mavericks a 71.2% chance to win.