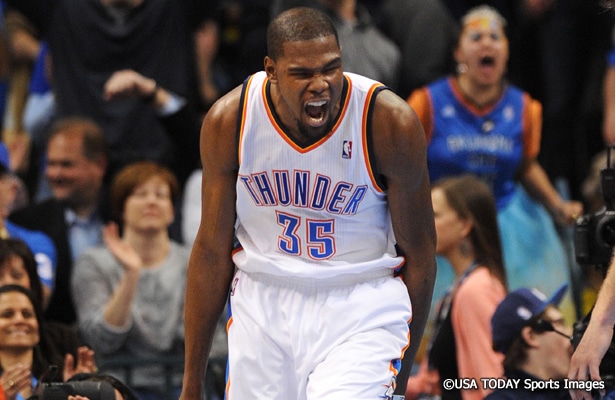 Kevin Durant didn’t mince words when talking to the media about the media Saturday in New York at All-Star Weekend.

Durant’s striking statement came in response to a question about continued speculation about Oklahoma City Thunder coach Scott Brooks’ job security. Brooks has often fallen under media criticism the past few seasons, but Durant has always been quick to defend his coach, noting during his MVP speech that Brooks doesn’t get any credit, “even though you deserve all of it.”

Durant was later asked what kinds of questions he’d prefer the media to focus on.

“To be honest, man, I’m only here talking to y’all because I have to,” Durant said. “So I really don’t care. Y’all not my friends. You’re going to write what you want to write. You’re going to love us one day and hate us the next. That’s a part of it. So I just learn how to deal with y’all.”