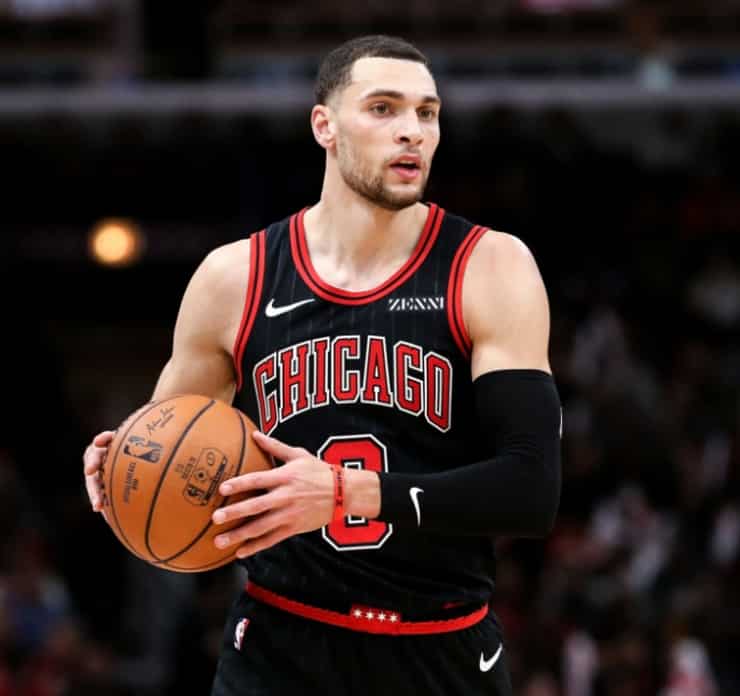 On Tuesday, Oct. 5, 2021, the Cleveland Cavaliers are playing the Chicago Bulls at the United Center; today’s NBA preseason picks articles are readable on the main page. The matchup begins at 8 p.m. ET. The game can be watched live via Bally Sports Ohio, NBA League Pass and NBC Sports Chicago.

According to BetUS betting odds, the Bulls are four-point favorites over the Cavs. The total is set at 212.5. Cleveland’s best moneyline is +145, whereas Chicago’s best moneyline is -175. Nonetheless, it is better to stick with the favorite for this particular contest.

During the 2021 NBA Draft, the Cavaliers selected Evan Mobley third overall. The 20-year-old was the Pac-12 Player of the Year, and he won Pac-12 Defensive Player of the Year in 2021. The center played one season at USC.

In the offseason, Mobley was signed to a rookie-scale contract on Aug. 3. Then, the organization re-signed center Jarrett Allen a couple of days later. On Aug. 28, the team acquired forward Lauri Markkanen from the Bulls.

In September, the Cavaliers re-signed guard Brodric Thomas to a two-way contract. Plus, forward Trevon Scott was waived. Not to mention, guard Denzel Valentine was signed on Sept. 22.

Moreover, the Bulls drafted Ayo Dosunmu at pick No. 38. The point guard was drafted out of Illinois. In 2021, the 21-year-old was selected consensus first-team All-American and first-team All-Big Ten.

Furthermore, Chicago has had a busy offseason. Guard Alex Caruso was signed on Aug. 10. After signing Caruso, the organization traded forward Al-Frouq Amino to the San Antonio Spurs in exchange for guard DeMar DeRozan. Forward Thaddeus Young was also acquired in the trade.

Additionally, the team re-signed guard Javonte Green and signed center Tony Bradley. To add to the list, guard Devon Dotson was signed to a two-way contract. On Aug. 28, the Bulls traded for forward Derrick Jones Jr. and a draft consideration from the Portland Trail Blazers.

In the following month, forwards Tyler Cook, Alize Johnson and Stanley Johnson were signed. Guards Matt Thomas and Ethan Thompson were also signed, too. Another signing was center Daniel Oturu as well.

Additionally, in the 2020-21 NBA season, the Cavaliers finished 22-50 (.306), ranking 13th overall in the Eastern Conference. They made a couple of notable offseason moves every here and there. However, thus far, the edge goes towards the Bulls. Besides the

Furthermore, last season, Chicago ended their season with a record of 31-41 (.431). The team ranked 11th in the Eastern Conference. One other signing the Bulls made this past offseason was for Lonzo Ball. In a sign-and-trade deal with the New Orleans Pelicans, Chicago acquired Lonzo Ball.

In summary, while the Bulls improved a lot, the Cavs are still on the outside looking in. They are not yet a legitimate playoff contender. Pick the Bulls to win and the total will go over 212.5. Today’s NBA preseason picks can also be viewed on the main page of Basketball Insiders.

How to claim a BetUS bonus code?

2.) Next, enter your address and create your password. Additionally, it will require you to choose your country and zip code.

3.) Finally, claim your bonus. Go to the “Promotions” page. A 125% sign-up bonus is available for bettors. The promo code is JOIN125. Don’t include the period.