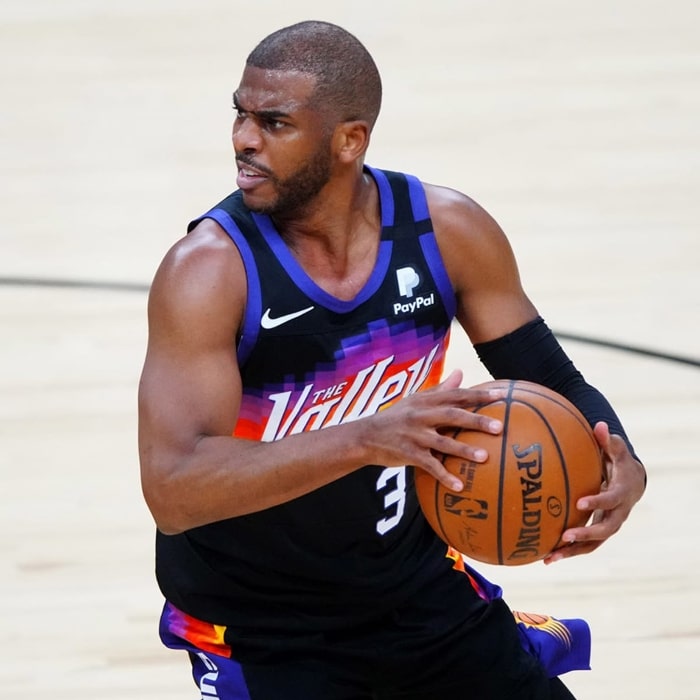 On Wednesday, Oct. 13, 2021, the Portland Trail Blazers (0-2) are playing the Phoenix Suns (2-1) at Footprint Stadium. Both teams are playing their third exhibition contest of the 2021-22 NBA season tonight. BetOnline odds are listed below.

Leading into Wednesday night’s preseason matchup, the Suns are 3-0 in their last three head-to-head meetings versus the Trail Blazers. On May 13, 2021, Phoenix defeated Portland 118-117 at home. This was the last time these two Western Conference competitors faced one another. This does not include preseason.

On another subject, contract discussions have stalled between Phoenix and Deandre Ayton. The target goal is a maximum rookie contract extension. Meanwhile, the other top story for the Suns pertains to injured power forward Dario Saric. He remains out versus the Trail Blazers. The information is available down below.

The Suns have been reluctant to offer a maximum rookie contract extension to Deandre Ayton has stalled discussions on a deal ? pic.twitter.com/noLFNaLBsM

For the Trail Blazers, they are healthy for today’s exhibition contest. Cody Zeller was taken off the injured list a couple of hours ago. Considering the team has yet to win a game during the preseason, Portland needs all the help they can receive. For the Suns, Dario Saric is out against the Trail Blazers. He is still recovering from an ACL tear he sustained in the first quarter of Game 1 of the 2021 NBA Finals.

Per @GeoffBakerTIMES, ROOT Sports Northwest is still working on deals to broadcast the Blazers, including with DirecTV. https://t.co/g5qPGwPaS9

On Monday, the Trail Blazers lost 107-93 at home against the Kings. Guard Anfernee Simons scored a team-high 24 points in 32 minutes on the court. Dennis Smith Jr. finished his performance with 18 points, 2.0 rebounds and 7.0 assists in 26 minutes played. Portland has yet to win an exhibition game this season.

Furthermore, while the Trail Blazers scored 31 points in the second quarter, they also allowed 30 points. Not to mention, the team opened up the game with 17 points. Upon further review of the box score game statistics, Portland shot 34-for-71 (47.9%) from the field and 6-for-29 (20.7%) from three-point range.

Moreover, on Sunday, the Suns defeated the Lakers 123-94 on the road. Guard Chris Paul led his team in scoring, putting up 15 points in 23 minutes spent on the court. Guard Landry Shamet accumulated 13 points and 3.0 rebounds in 24 minutes played.

Needless to say, the Suns played lights out against Los Angeles. They shot 47-for-90 (52.2%) from the floor and 9-for-29 (31%) from behind the arc. Also, the team out-rebounded the Lakers 56 to 36. Their seventy-two second-half points were more than enough to grant them a blowout win.

Additionally, the Trail Blazers scored 93 points versus the Kings, whereas the Suns ended their Sunday performance with 123 points. This is a combined total of 216 points. The total for today’s preseason contest is set at 218. Now, despite Portland’s 0-2 record right now, they could cover the spread against the Suns on the road. However, with the potential of the total going over, the Suns could cover.

For notable betting trends, the Trail Blazers are 1-4 against the spread in their last five games. And, the total has gone over in six of the team’s past seven games. Not only is Portland 7-1 straight up in their previous eight games played on a Wednesday, the team is 6-1 ATS in their last seven matches in the month of October.

As for the Suns, they are 1-4 ATS in their past five games. To add to these betting statistics, the team is 1-4 SU in their last five games as well. And, Phoenix is 11-2 SU in their previous 13 games played against Western Conference opponents. Once again, these betting trends do not count exhibition contests. In summary, think about picking the over and watch out for the undefeated Suns.

Pick the Suns to win at home; the total will go over 218. The Suns are 4.5-point favorites with BetOnline.