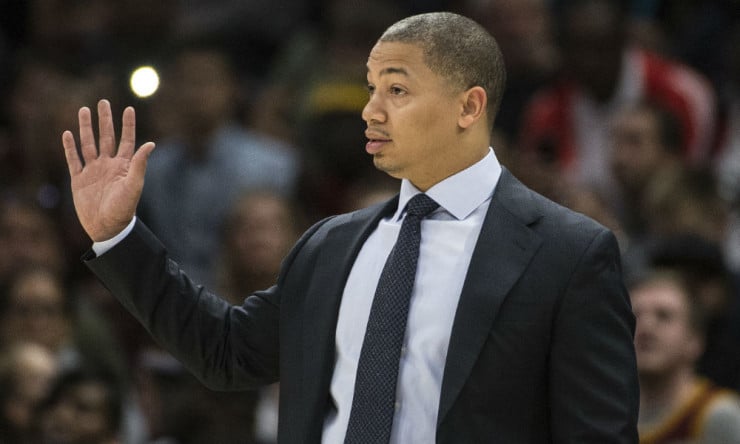 The struggling Cleveland Cavaliers suffered their most lopsided defeat of the season Thursday night, a 34-point drubbing at the hands of the Toronto Raptors that led head coach Ty Lue to express concern over possible “agendas” within the team.

The Cavaliers fell 133-99 and have dropped six of eight dating to a Christmas Day defeat at defending champion Golden State. Thursday’s loss followed a 127-99 loss to the Minnesota Timberwolves on Monday and marked the third straight game that Cleveland has allowed at least 127 points.

“We gotta be better,” Lue said. “Until we play better defensively and offensively, until we share the basketball. And if guys have agendas, we’ve got to get rid of those agendas and play the right way.”

The Cavs (26-15) fell into a 25-point hole in the second quarter, during which a fired-up LeBron James huddled his teammates together and went off on them after a defensive lapse. The huddle included an animated exchange with Lue.