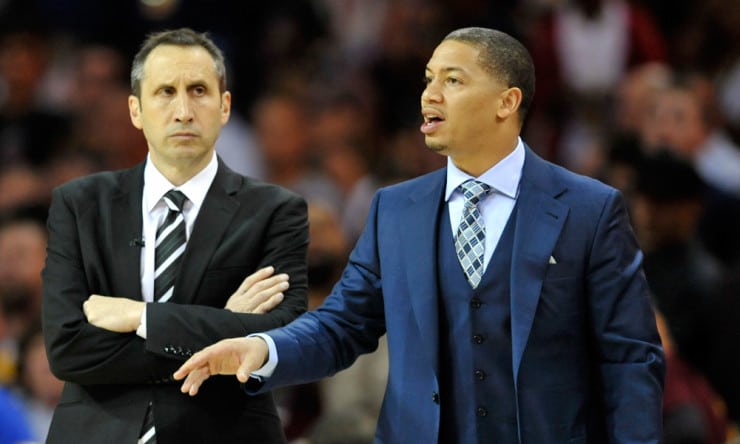 Cavaliers coach Tyronn Lue is digging in his heels on his approach to coaching his team despite trailing the Golden State Warriors 0-2 heading into Wednesday’s Game 3.

Lue announced Tuesday that he will keep J.R. Smith as his starting shooting guard, even though Smith combined for just three points on 1-for-6 shooting, two rebounds and zero assists, steals and blocks in Games 1 and 2.

A Cavs source told ESPN following Game 2 that the team would consider starting Iman Shumpert over Smith after Shumpert had some success guarding Kevin Durant and played aggressively on offense. Lue, however, is sticking with Smith, who started 35 of the 41 games in which he played this season.