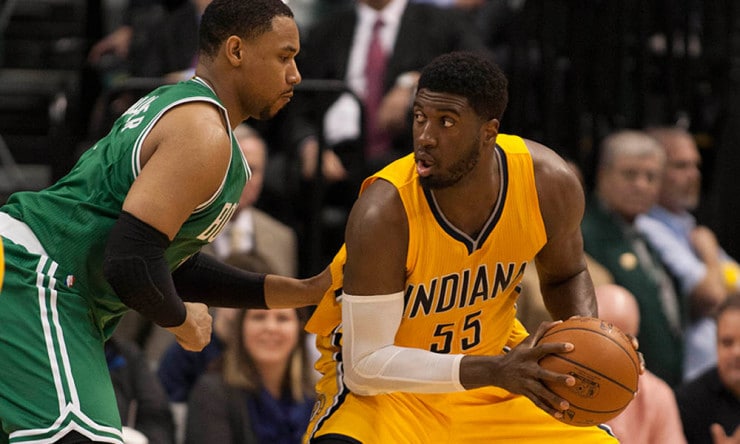 “We assume he’s (Roy Hibbert) going to be back and if he comes back, we’re probably going to play another style,” said Pacers President of Basketball Operations Larry Bird. “And I can’t guarantee him anything. He’s going to have to earn it.”

When asked if Hibbert would be benched next year as Indiana pushes for a quicker pace, (Frank) Vogel responded: “Yeah, potentially.

“We’ll have to see how it all plays out and what the roster ultimately looks like, but there’s a possibility that Roy’s role will be diminished, if we’re trying to play faster and trying to play smaller,” Vogel said.

via Candace Buckner of The Indianapolis Star