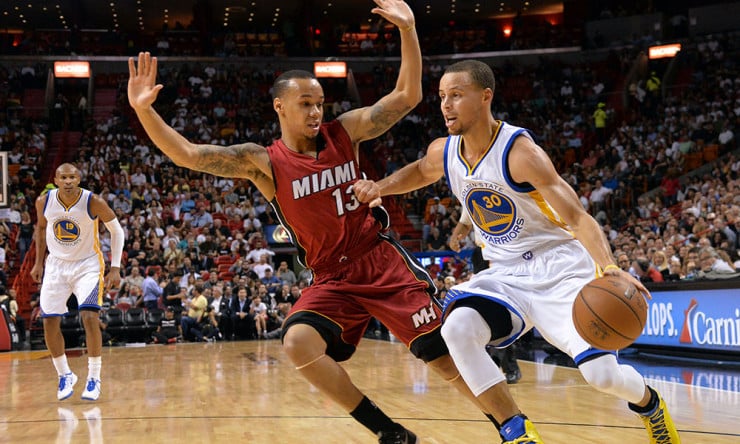 This is how Michael Jordan operated, going on the road and reminding the home team why it had no shot.

Curry only played 35 minutes and took 19 shots. But he also had seven assists, five rebounds, two steals and a block. While Harden disappeared, totaling 17 points on 3 of 16 shooting, Curry torched the Rockets from every angle — long-range bombs, high-arching finger rolls, running bank shots, drive-and-dishes. The Rockets were helpless.

“I watched (Jordan) a lot,” Andre Iguodala said, analyzing his teammate. “He won but he won gracefully. He wasn’t exerting too much energy. He wasn’t forcing anything. It all came within like this beautiful flow. When you know you’ve got someone like that who is that great, you’re not going to panic. The game he had, it was that flow. He wasn’t forcing shots. He wasn’t just dribbling until he took a shot. It was flow. Making a pass. Running a play. Hitting the cut. Make the defense pay for a mistake. If he continues to do that, he will go down as one of the greats.”

via Marcus Thompson II of the Contra Costa Times