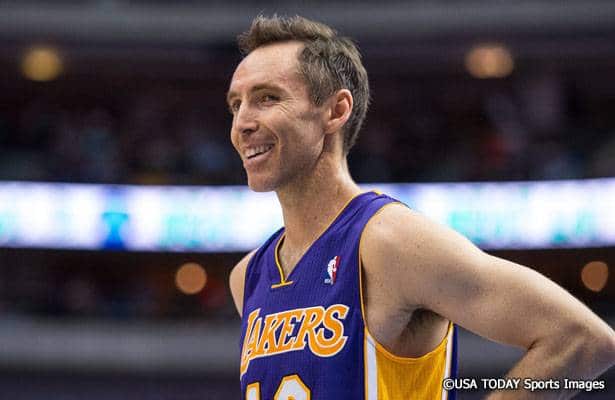 Two-time MVP Steve Nash is in advanced negotiations to join the Golden State Warriors as a part-time player development consultant, according to league sources.

Sources told ESPN.com that Nash, who was not planning to go into coaching after formally announcing his retirement in March, has been lobbied aggressively by Warriors coach Steve Kerr and team president Rick Welts to spend a few days per month with the team to work on skills with individual players.

The parties, sources said, are in the process of finalizing a deal that essentially will make Nash an occasional tutor to the Golden State guards. Kerr, Welts and current Warriors player development coach Bruce Fraser — all of whom worked closely with the 41-year-old Nash when he was playing in Phoenix — are among Nash’s closest friends in the league and ultimately persuaded him to consider joining the NBA reigning champions as a part-timer.