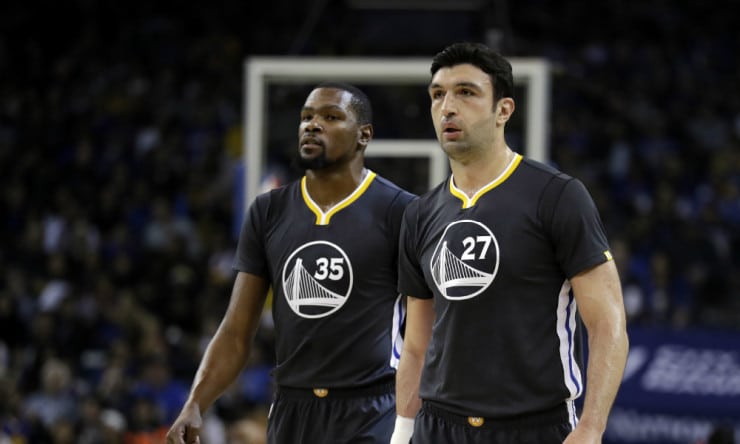 Zaza Pachulia can handle being the villain of the Western Conference finals.

But what Pachulia can’t tolerate and what he wishes Spurs coach Gregg Popovich would have considered when he fanned the rage of so many fans by deeming the 33-year-old a dirty player and even comparing the play to “manslaughter,” are the social media threats to his family that have left them all shaken. While Pachulia was hesitant to share too many details, the situation was serious enough that security guards were deployed to the entrance of his childrens’ school in the San Francisco Bay Area as a precaution.

“I don’t blame everything on Pop, but what he said had a lot of influence (and) you had a lot of people where, unfortunately, you can’t control what everybody’s intelligence is,” Pachulia, who has an 8-year-old son, a 7-year-old son and a 4year-old daughter with his wife, told USA TODAY Sports on Sunday. “(Fans) just hear the message, and it’s, ‘OK, Pop said so and now let’s do this.’ It’s just wrong. You’ve got to think, and realize. Threaten me, but don’t threaten my wife or say something about my kids. It’s just wrong.