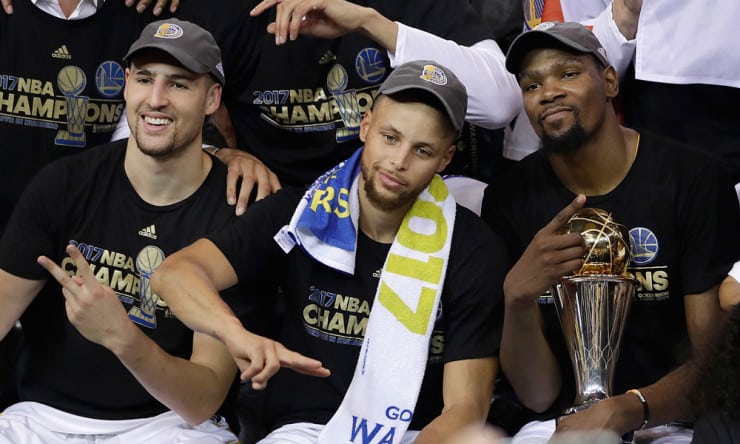 The Golden State Warriors held their much-anticipated ring ceremony prior to tipoff against the Houston Rockets on opening night. Commissioner Adam Silver started the event by introducing the 2016-17 champions.

The Larry O’Brien Trophy was stationed at center court, with the players camped around it. The Warriors wore white and gold hoodies, which will be signed by the players and auctioned off with the proceeds going to the Bay Area wildfire relief efforts.