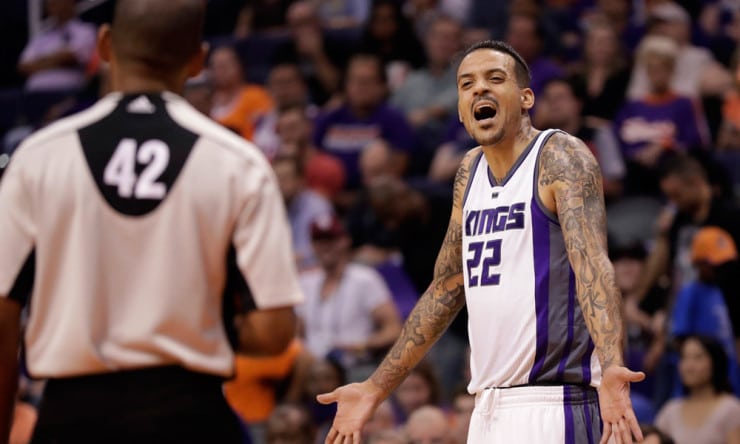 With Kevin Durant to miss at least four weeks with a sprained MCL and a bone bruise on his left leg, the Golden State Warriors have already lined up Matt Barnes as a potential Durant fill-in, the veteran swingman confirmed to ESPN. Sources told ESPN that the Warriors, in the wake of the hyperextended left knee Durant suffered Tuesday night at Washington, quickly reached out to Barnes and made arrangements to sign him later this week.

Barnes told ESPN’s Ramona Shelburne that he will sign a rest-of-the-season deal with Golden State, as opposed to a 10-day contract. “It’s a dream come true!” Barnes told The Undefeated’s Marc J. Spears. “I feel like I helped start something in ’07, and now I’m coming back to help finish it.”