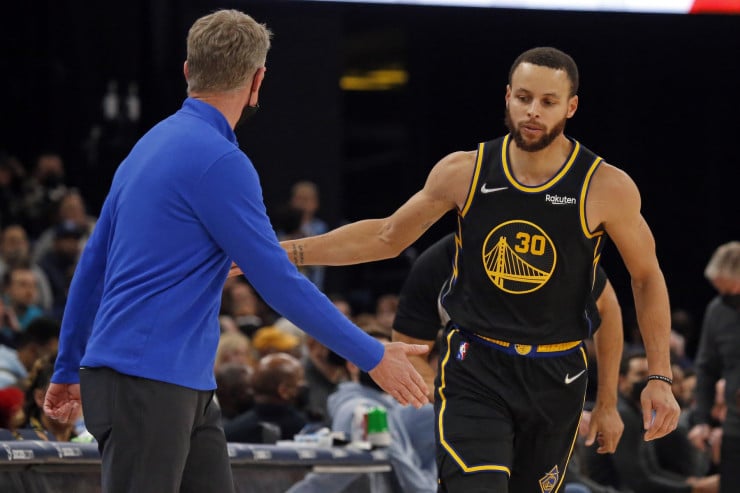 The Golden State Warriors (30-10 SU, 23-16-1ATS) head to Milwaukee to take on Giannis Antetokounmpo and the Bucks (26-17 SU, 19-25 ATS) in a NBA Finals preview. Which of these short-handed contenders will come out victorious on Thursday?

For the Warriors, Draymond Green (Calf) and James Wiseman (Knee Injury Recovery) will be out.

The Bucks, Jrue Holiday is doubtful (Ankle Soreness) while Brook Lopez (Back) and George Hill (Covid Protocols) are out.

The Warriors’ season has been defined by Stephen Curry, but Draymond Green is the straw that stirs this Warriors drink.

Draymond Green doesn’t just contribute defensively, as he’s likely to win DPOY again this season, but he adds to the Warriors’ mojo offensively as well. While he averages just 7.9 PPG, he also puts up 7.4 assists to go along with 7.6 rebounds.

With the way the Warriors love playing, having Steph curl around off-ball screens and find open shots while others slash to the rim, Draymond is in many ways their main distributor.

Without Draymond in the lineup, the Warriors are 2-4 this season, and have looked like a completely different team in a handful of those games, like in their loss to the Grizzlies on Tuesday.

But the one thing the Warriors do have now, that they did not in many of those previous games, is Klay Thompson. While he has played just 20 minutes in each of his first two games since returning, there is a chance we see a more integrated Klay Thompson tonight.

But we can’t finish up talking about the Warriors without mentioning that Stephen Curry, over his last ten games, is shooting just 39.3% from the field and 33.9% from three. In that ten game stretch, the Warriors, as a team, are 23rd in Offensive Rating, a far cry from where they usually are. But their defense has stayed strong, ranking 3rd over that same stretch.

While the Bucks have welcomed back the returns of Donte Divencenzo, Grayson Allen and Pat Connaughton, this is still a team missing key pieces in Brook Lopez and Jrue Holiday.

Even with those names back in the lineup on Monday, the Bucks were unable to win the second game of a back-to-back set against the Charlotte Hornets. While the Hornets are playing good basketball, the Bucks averaged just 103 points in those two games against what has been a pretty bad defensive unit all season.

Without Holiday in the lineup, they lack a true ball handler that can do what’s necessary playmaking wise to make this team click. In fact, there isn’t one true point guard on this Bucks team at the moment. That is a huge problem against a stout defensive unit in the Warriors.

We are getting a nice spot to back the Warriors as underdogs here. Both teams are fresh off losses, but the Bucks look clunky on offense without a point guard, and are likely to have their fair share of struggles scoring the ball tonight.

On the flip side, I expect Stephen Curry’s shooting woes to at some point level out. I think we’ll see him return to his old form tonight in a nationally televised game in a big bounce back spot.

Additionally, in rare fashion, the public is going against the Warriors tonight. 45% of the bets are on Golden State, but a whopping 94% of the money is also backing the Dubs. Despite a majority of the bets on the Bucks, this line has dropped from Warriors +3 to +1.5

Pounce on the Warriors now, as we may see a similar situation to what we saw with the Nets last night. Brooklyn had opened as underdogs and were favorites by tip. Back a motivated Warriors team against a Bucks team without a real distributor.