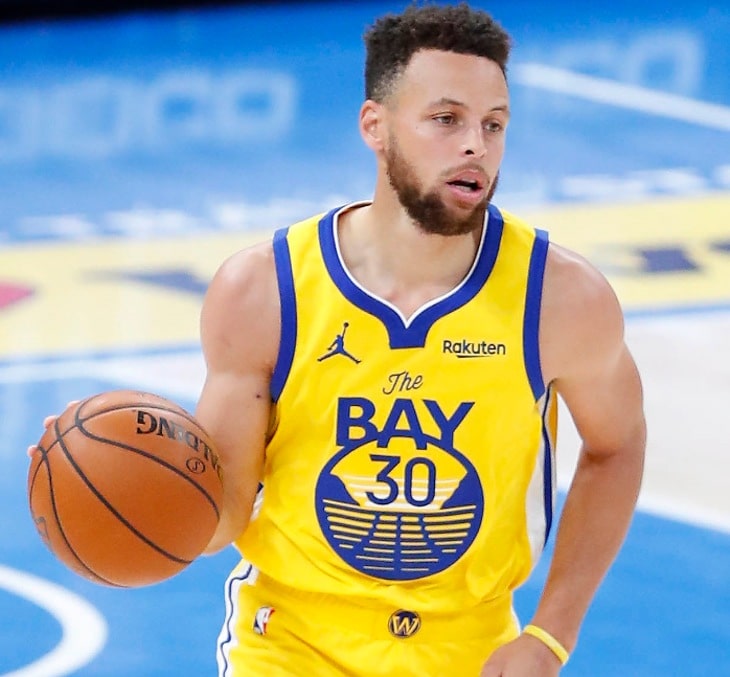 The Spurs host the Golden State Warriors tonight in San Antonio. Let’s take a look at the top NBA picks and betting trends, as well as the starting lineups for tonight’s Warriors vs Spurs game.

This is the second of four matchups between the Warriors and Spurs. San Antonio won the first game in San Francisco earlier in the season, running out winners by 5 points.

Golden State come in to this one, 3 games behind Western Conference leaders, the Phoenix Suns, who play Brooklyn later tonight.

The Warriors have won their last 6 games and will be looking to make it 7 when they play their second game in was many nights. Last night, Steph Curry led the Bay Men to a 122-108 victory with his 40 points. Steph seems to have shaken off his poor shooting of late, scoring on 13 of his 23 field goals including going 7/14 from beyond the arc.

Curry leads the Warriors this season on the stat sheet with over 25 points and 6 assists per game.

San Antonio have won 2 of their last 5 and lost their latest game against the Suns on Sunday when they lost 115-110. The Spurs were without Dejounte Murray in that one. Power Forward Doug McDermott had a team high 24 points in the game.

Dejounte Murray leads this Spurs team this season and is nearly averaging a triple double with 19 points, 8 rebounds and 9 assists in 34 minutes of action per game this season. The Spurs are currently 11th seed in the West and find themselves 2 games out of a Play-In spot.

The ESPN Matchup Predictor gives the Warriors a 55% chance of winning this game tonight. It may be their second game in two nights but it is hard to see past the Warriors for this Western Conference matchup. It’s likely that the backcourt of Curry and Thompson will be strong for San Antonio tonight.

The bookmakers have the points spread at -3 for the Warriors which does mean that they believe this one will be pretty close, but personally I see the Warriors taking the win by 7 or more.