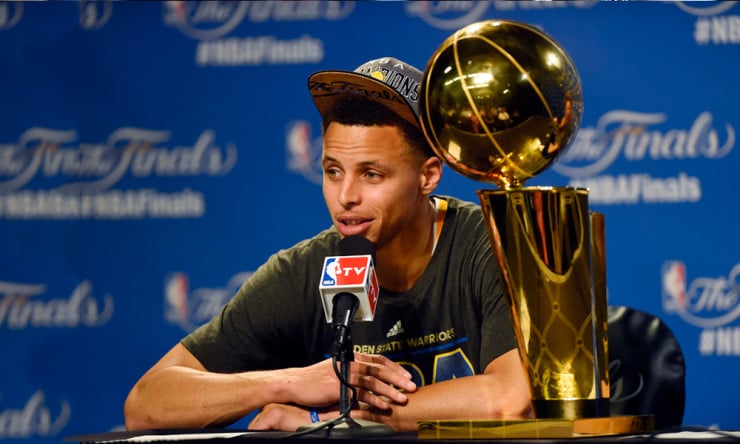 The Warriors won Game 6, 105-97, and Andre Iguodala (who started the series as a reserve) was named Finals MVP.

The Warriors are the first team since the 1990-91 Chicago Bulls to win a championship despite their roster having zero NBA Finals experience. Steve Kerr, a first-time head coach, is the first rookie coach to lead a team to the title since Pat Riley did it with the Los Angeles Lakers in 1982.

LeBron James wasn’t able to lead his Cavaliers to victory or win Finals MVP, but he did post more impressive numbers in Game 6 (32 points, 18 rebounds, nine assists and two steals). He finished the series averaging 35.8 points, 13.3 rebounds, 8.3 assists, 1.3 steals in 45.8 minutes per game.