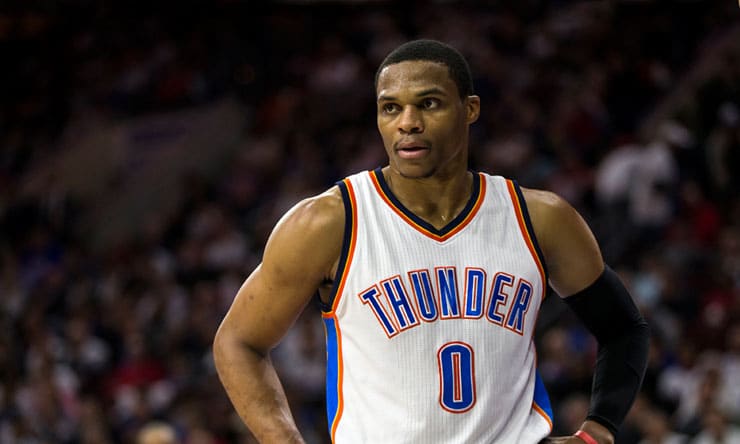 Westbrook led the Thunder to a 3-0 week behind averages of 30.0 points (third in NBA), 16.0 rebounds (second in NBA) and a West-leading 12.3 assists.  He recorded a triple-double in all three games to become the first player with five consecutive triple-doubles since Michael Jordan had seven in a row in 1989.  Westbrook’s fifth straight triple-double came on Dec. 4, when he finished with 28 points, 17 rebounds and 12 assists as Oklahoma City extended its winning streak to five games with a 101-92 victory against the New Orleans Pelicans.  For the season, Westbrook is averaging a triple-double of 31.0 points, 11.3 assists and 10.8 rebounds.