Home » news » Westbrook No Role Change With Durant Out 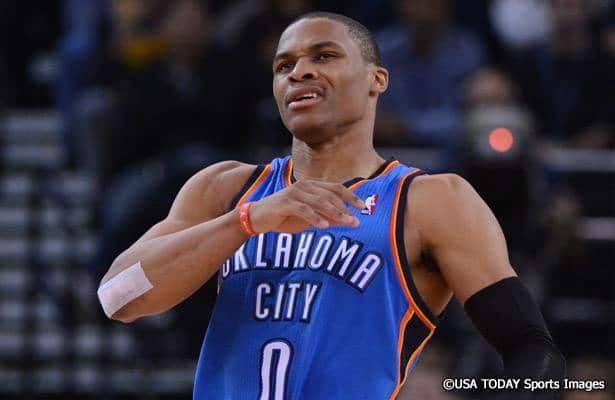 In the wake of Kevin Durant’s preseason injury that will likely sideline him at least the first month of the season, the big question has been what Thunder teammate Russell Westbrook is going to do. But according to the star point guard, it’s all business as usual.

“It’s not about me. It’s about our team. I can’t win games by myself. I can’t do anything by myself,” Westbrook said Monday. “I kind of want to take the attention off me and put it more on the team. Everybody keeps asking what I’m going to do and how I’m going to change. I think it’s more about our team and what we can do.”

Asked how his role might change, Westbrook responded simply, “It doesn’t.”