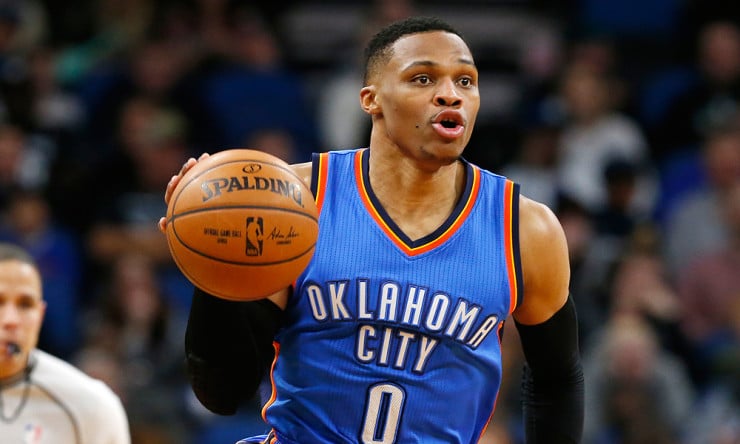 It appeared a fitting beginning to Carmelo Anthony’s next chapter, a 3-pointer on his first possession with the Thunder, playing against his former team. Then he missed his next seven shots.

Like the rest of the Thunder, it was a slow burn as Anthony revved up in the second quarter and into the third, scoring 22 on 8-of-20 shooting in a 105-84 win over the Knicks on opening night. In their first regular-season game, there were some rough patches for the Thunder’s new big three, with Paul George missing a number of open looks and Anthony going cold at times, but in the end, talent prevailed. George finished with 28 on 9-of-23 shooting, and Russell Westbrook picked right up where he left off in his historic MVP season notching the first triple-double of this season with 21 points, 10 rebounds and 16 assists.