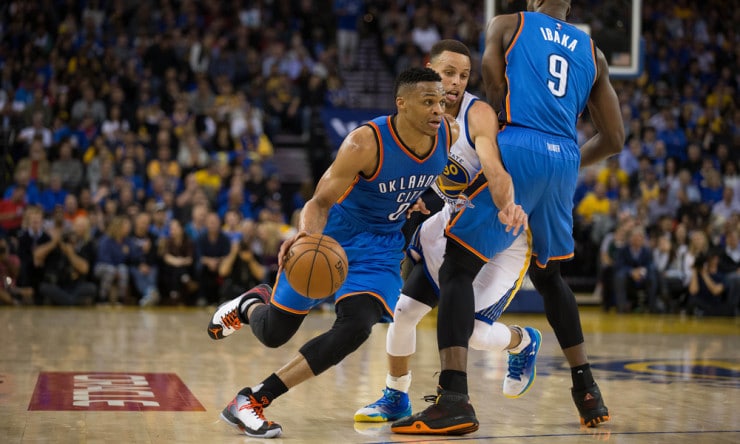 Russell Westbrook was short and to the point on Friday at the Oklahoma City Thunder’s annual media day when asked about his relationship with Kevin Durant.

“I haven’t talked to him,” he said. The Thunder officially begin life without the former franchise player on Saturday as training camp opens, and Westbrook said he’s excited about transitioning into a new era. “I mean, it’s definitely different,” Westbrook said. “It’s not the same. Just missing Kevin, Dion [Waiters], Serge [Ibaka], been with Serge, the same amount of time. Different guys but I’m happy, ready to start camp with the new guys and embrace the moment.