Home » news » Will Kevin Durant Play In All Star Game 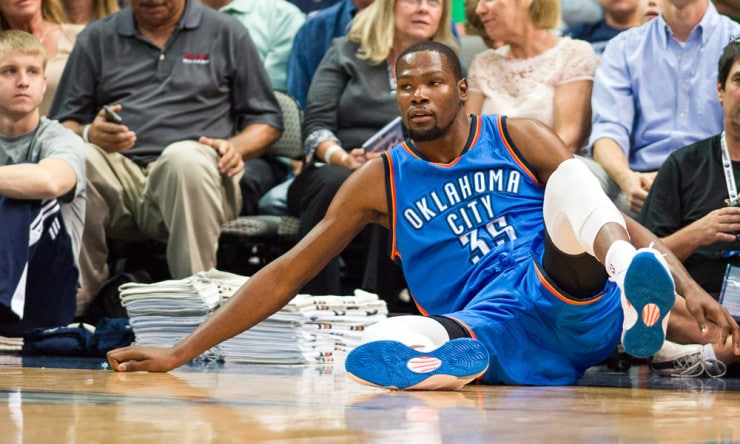 (Kevin) Durant had just received treatment for almost an hour on his aching feet, and even though he couldn’t so much as leave in a pair of tennis shoes, he refused to let that stop him from making the trip to New York.

Durant could have had a week off to nurse his feet, to rest and recover from a sprained left big toe and what is being described as general soreness stemming from his foot surgery last fall.

It raises two questions: should Durant play in Sunday’s midseason showcase, and how much if at all?

“I’ll talk to Sam (Presti) and Scott (Brooks) and figure it out,” Durant said. “But I’ll be in New York City.”