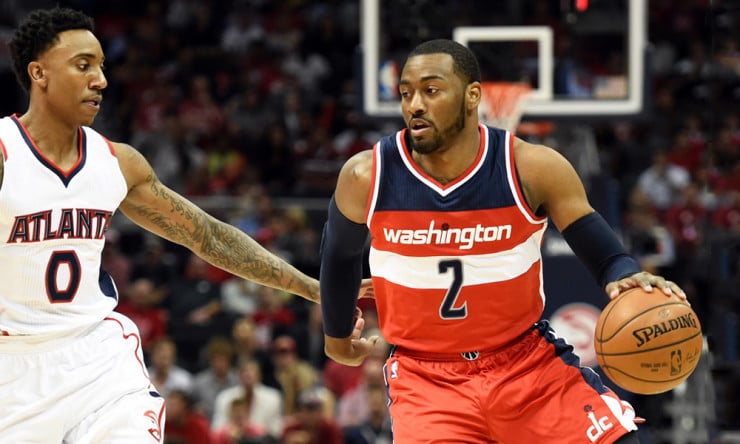 Washington Wizards point guard John Wall, who underwent offseason knee surgery in May, made his preseason debut in Monday night’s 90-88 preseason loss to the New York Knicks. Wall finished with eight points, four assists and three rebounds in 16 minutes — all of which came in the first half.

“I was just trying to get my legs under me and play in a real game,” Wall said. “It was great. It felt like the first game of my NBA career all over again. When I go out there, I don’t think about [my injury]. I just play basketball.” Asked to grade his performance, Wall responded: “I made some easy shots and had some stupid turnovers, but other than that I’d give it like a B.”