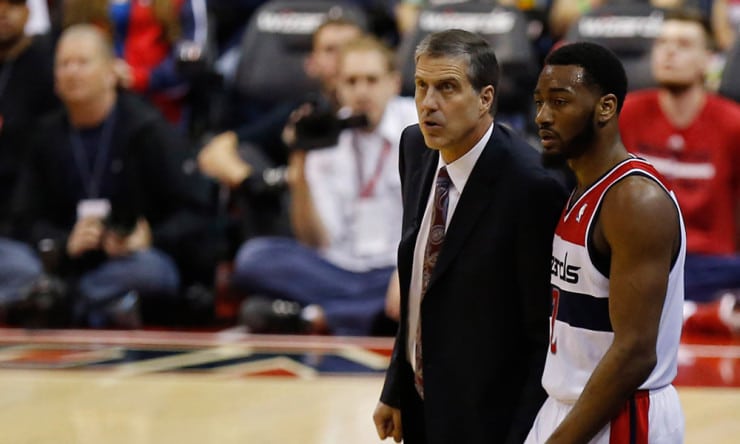 The Washington Wizards’ disappointing 41-41 season has left them home for the playoffs and has already claimed its first casualty.

Coach Randy Wittman was informed by Wizards President Ernie Grunfeld on Wednesday night that he will not return as head coach for the 2016-17 campaign, according to people with knowledge of the situation.

Wittman was informed of the decision at Verizon Center minutes after Washington finished its 2015-16 season with a 109-98 win over the Atlanta Hawks, the same team that eliminated the Wizards from last season’s Eastern Conference semifinals.

The 56-year-old Wittman just completed the second season of a three-year deal that paid him more than $3 million annually, but next season was only partially guaranteed. Wittman compiled a 178-199 record in four-plus seasons.