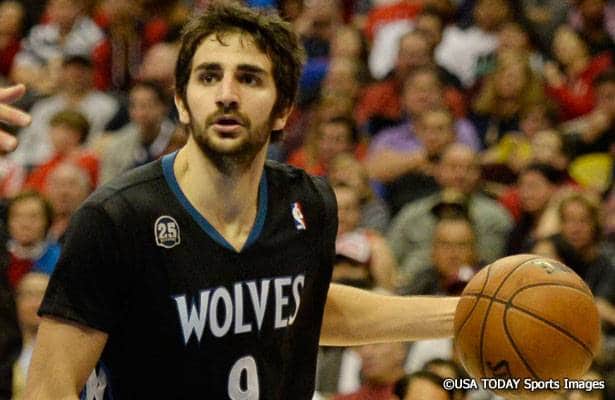 One thing (Wolves’ owner Glen) Taylor did say is that he doesn’t believe point guard Ricky Rubio will be traded at this point.

“I don’t see that as a likely possibility,” he said about a Rubio trade. “I just think the coach, everybody, likes Ricky. I think we want him to come in and improve on his shooting. But his other things, he plays defense, he gets assists, he helps the others get better. He has some wonderful qualities.”