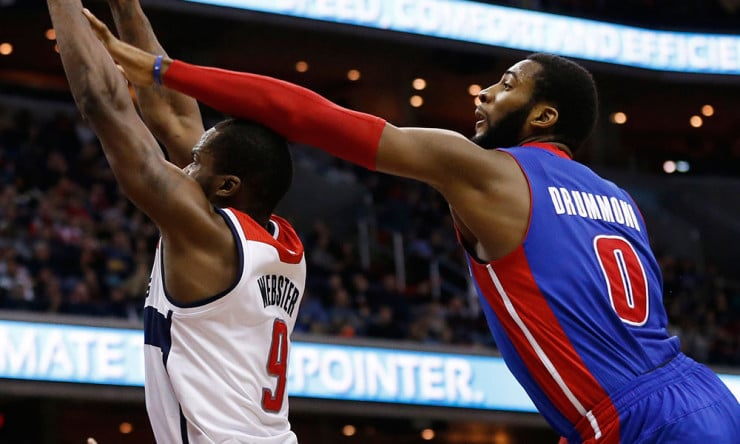 Detroit Pistons center Andre Drummond was fined $15,000 by the NBA on Thursday for striking Charlotte Hornets center Roy Hibbert in the back of the head with an elbow.

Drummond was assessed a flagrant foul 2 and ejected in the second quarter of the Pistons’ 112-89 victory over the Hornets Tuesday night. After the contact, Hibbert appeared to flail to draw attention from the referees.