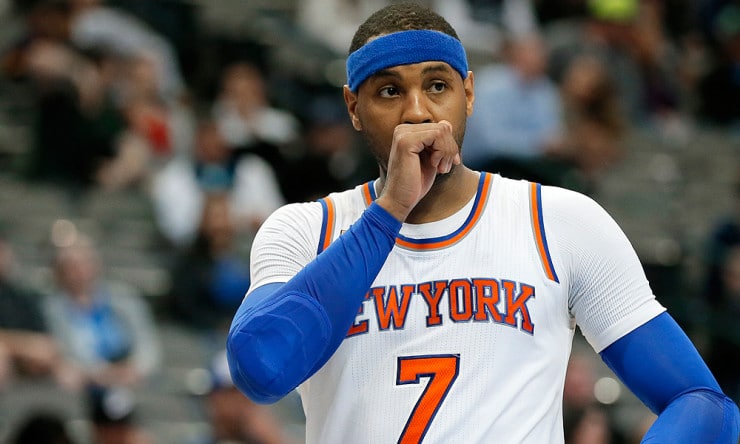 One team that New York and Houston had hoped would facilitate a multiteam trade for Anthony, the Portland Trail Blazers, plans to participate in a deal for Anthony only if he decides to expand his no-trade clause to include them, league sources told ESPN.

Portland believes the addition of a player such as Anthony would furnish it with talent and depth comparable to those of the top Western Conference contenders, except for the Golden State Warriors, league sources said. Because of that, the Blazers have little, if any, inclination to facilitate an Anthony deal that would land him with a Western Conference rival such as Houston, league sources said.

Perhaps to get Anthony used to the idea of appearing in Trail Blazers’ colors, guard CJ McCollum posted a photo of Anthony in a Portland jersey on Instagram as a seemingly passive recruiting pitch to the Knicks star.