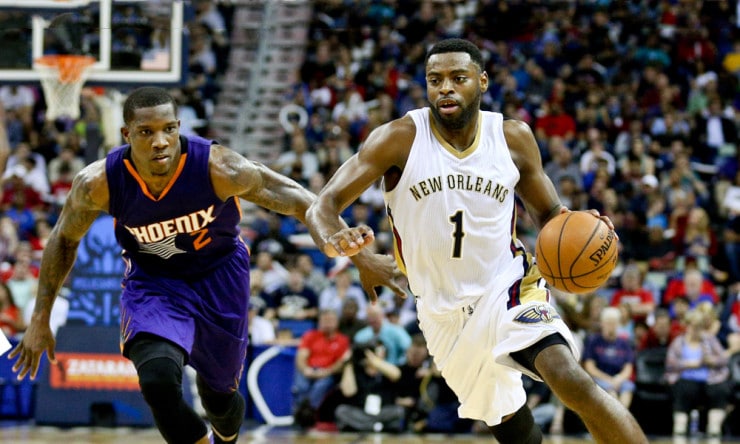 Barring an unforeseen positive development in the time leading up to tip-off at Talking Stick Resort Arena, Tyreke Evans probably will not make his 2015-16 regular season debut Wednesday, according to Pelicans Coach Alvin Gentry.

“I would say we’re probably leaning (toward) not playing, unless he comes in (to the locker room) and says something amazing happened in warmups,” Gentry said. “We’re just not going to take that risk, until we know that he’s absolutely ready to go.”