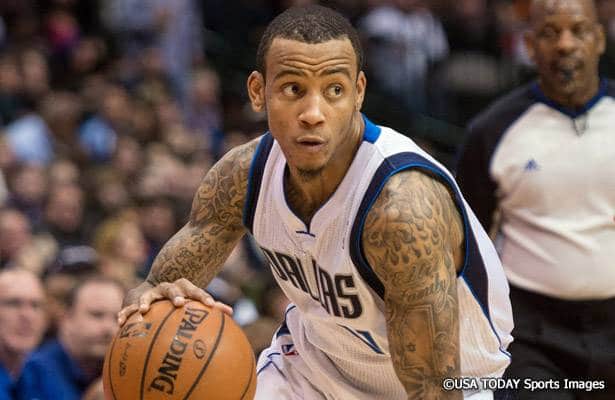 While the elite names of this year’s free agency class have dominated mainstream headlines over the past two weeks, the Dallas Mavericks roster has quietly been overhauled.

The Mavericks are hoping the changes made this summer put the franchise in a stronger position for another title run before Dirk Nowitzki hangs up the high tops for good.

One thing is for sure, Dallas has been extremely busy from a personnel standpoint trying to make it happen.

Gone from last season are Jose Calderon, Samuel Dalembert, Shane Larkin and Wayne Ellington, all of whom were dealt to New York. The Mavericks also lost veteran forward Vince Carter, who has reportedly reached an agreement with the Memphis Grizzlies.

On the incoming front, Dallas managed to retain guard Devin Harris and Nowitzki in free agency, while acquiring former Defensive Player of the Year Tyson Chandler, Raymond Felton and Greg Smith via trade.

The Mavericks were also able to lure emerging swingman Chandler Parsons away from Houston with a lucrative three-year deal worth $46 million, while also agreeing to terms with veteran forward Richard Jefferson.

Although still relatively early in the offseason, it appears the franchise’s front office is content with their work up until this point. But the Mavericks also won’t rule out one more major splash. However, the addition of Parsons is the marquee piece the Mavericks are hoping pushes them over the top.

“That’s always a possibility but we like the team, kind of where it’s at,” Mavericks president of basketball operations Donnie Nelson told KESN-FM 103.3. “Everything works really well. The thing about Parsons is he’s versatile; he’s a court-spreader, he’s a passer and he’s also the glue guy. He’s willing to set the pick, he’s really good with that, and he doesn’t, quote-unquote, need the ball in his hands for long periods of times. He’s not a ball pounder and so he works really well with the rest of the squad. Dirk and obviously Chandler, those are guys who really know how to play and win team basketball and move the ball and that type of thing. So we feel good about the chemistry, it’s looking good on paper. Obviously (head coach) Rick [Carlisle] has got his work cut out, too, as he has in a great fashion the last two years, to put this thing together and for us to get the boys ready for the end of October.”

One area the Mavericks may still be looking to address is point guard depth. Felton and Harris will likely split the duties if the roster currently stands as constructed. But Nelson readily admits his interest in potentially bringing former All-Star guard Mo Williams to town.

“Yeah we’ve been trying to figure out a way to get Mo in a Maverick uniform for years now,” Nelson said. “He’s a Dallas guy, from Memphis but lives in Dallas with his family, so we’re hopeful that we can work something out but again our hands are tied right now because of the Parsons thing of what we can do financially. All these guys, whether it’s Mo, whether it’s ‘Trix (free agent Shawn Marion), in all reality they’re going to have to take a payout to come here. It’s just how much of a pay cut are guys willing to look at and we’re understanding and respectful of the market place and there’s other places that may have more playing time and more financial flexibility than we do, but we would love for both of those guys to continue to consider us.”

Nowitzki is in the twilight of his Hall of Fame career but he remains the face of the franchise. However, high scoring guard Monta Ellis will continue to take on more and more of the nightly offensive burden. To accommodate Ellis’ game, Nelson says the goal this summer was to surround his star guard with proven shooters.

“With Richard Jefferson coming on board that alleviates a little bit of that, but you’re always looking for shooters,” Nelson said. “We want to make Monta Ellis’ job a lot easier next year. We know Harris can shoot the three — Jefferson, Parsons, Dirk, [Jae] Crowder even showed real signs of improvement there last year — so yes the idea there is to open things up so you really got the defensive team going both ways where they got their pick of the poison of having Ellis get in the paint and finish or he gets in there or creates for a shooter.”

The Mavericks returned to the playoffs last season after a one-year hiatus and managed to push the eventual champion San Antonio Spurs to seven games in the first round. However the team hasn’t advanced past the first round since the title winning campaign of 2011.

The Los Angeles Clippers are arguably coming off the best campaign in franchise history, but are also looking to get over the hump and finally make a Western Conference Finals appearance – at bare minimum – moving forward. So with title aspirations rising, there’s no surprise Clippers team president Doc Rivers hit the free agency trail hard this summer looking to secure another piece to the championship puzzle.

Rivers recently made it clear future Hall of Fame forward Paul Pierce was at the top of his team’s summer’s wish list. The two won a title together with the Boston Celtics in 2008 and have an outstanding relationship. Pierce is also a native of the Los Angeles area, which seemed to align all of the pieces needed to make a deal happen between the two parties.

The problem was the Clippers didn’t have the financial flexibility to sign Pierce outright and needed to orchestrate a sign-and-trade with Brooklyn. But Brooklyn was reportedly unwilling to take on the contracts of either Jared Dudley or Matt Barnes, so Pierce ultimately signed agreed to a two-year deal with the Washington Wizards.

“We talked a lot,” Rivers said according to Sean Deveney of the Sporting News. “Quite honestly, a sign-and-trade just wasn’t possible. That would be great, but Paul ends up in Washington and that’s great for him. But clearly, we have a relationship — and he has a relationship with LA, that is where he is from. That would have been great. But it just couldn’t happen. They’re (Brooklyn) in a tough situation because they have so much money — 100 million (payroll). So they can’t take on any more salary and a sign-and-trade would mean they’re taking on more salary. They literally just cannot do it. We knew it would be hard. We tried every avenue and it just wouldn’t work.”