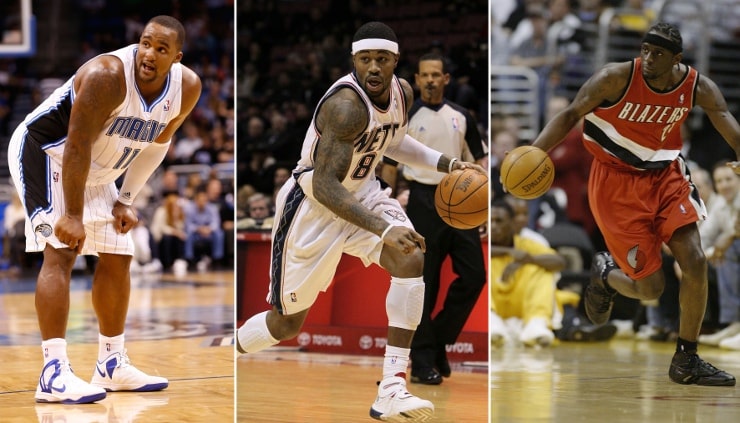 According to court prosecutors in Manhattan federal court, a total of 18 former NBA players have been charged with fraud. Per court documents, 16 of the 19 NBA-player defendants were arrested on Thursday morning. Of the eighteen players charged, Terrence Williams, Glen “Big Baby” Davis, Shannon Brown, Sebastian Telfair and Darius Miller were among the listed accomplices.

To add to the list, Jamario Moon, Melvin Ely, Ruben Patterson, Tony Wroten and Tony Allen participated as well. The players were each found to have abused and defrauded the league’s Health and Welfare Benefit Plan. U.S. Attorney Audrey Strauss stated, “The defendants’ playbook involved fraud and deception.”

Additionally, the scheme dates back to 2017. The ex-NBA players submitted fake claims worth roughly $3.9 million, according to federal investigators. Forms were filed for the supplement coverage plan. However, the former players also received an additional $2.5 million via fraudulent proceeds. The word “proceeds” refers to property of any kind that was acquired directly or indirectly.

Furthermore, the U.S. Attorney for the Southern District of New York reportedly accused the players of filing false and fraudulent claims for reimbursement towards paying medical bills. The main point of the Health and Welfare Benefit Plan is to help NBA players to pay off any medical-related costs. Strauss added, “Each defendant made false claims for reimbursement that ranged from $65,000 to $420,000.” This is one of the biggest scams in NBA history.

The NBAPA issued a statement: “We are aware of the indictment of former NBA players announced earlier today by the U.S. Attorney’s Office for the Southern District of New York. We will continue to monitor the matter.” The union will not be able to help. The players knew what they were doing.

Terrence Williams reportedly is the mastermind

Moreover, court prosecutors alleged Terrence Williams was the architect of the illegal plot. The guard/small forward received a total of $230,000 in kickbacks from at least 10 different players.  Likewise, Williams submitted $19,000 in fraudulent claims. This occurred in November 2017. He said he did it for chiropractic care. Williams pocketed $7,672. Health care corporations lose billions of dollars each year due to scams like this.

Equally important, he earned $6,940,336 from the NBA. That amount does not include endorsement deals. He was selected 11th overall by the New Jersey Nets (now Brooklyn) in the 2009 NBA Draft. The 34-year-old last played in the NBA in 2013. He had a short four-month stint with the Boston Celtics.

While Tony Allen’s name was mentioned, he is not currently in custody. Though, his wife was indicted. He won a title with the Celtics in 2008. The motivations behind this conspiracy are unknown at this time. The players are all multimillionaires. Greed is the most logical answer. But, no one knows for sure. This is a developing news story.

In summary, Wroten averaged 11.1 points, 2.5 rebounds and 3.0 assists per game. He played in 145 games. Wroten played for the Grizzlies and 76ers. Patterson averaged 10.7 points, 4.2 rebounds and 1.8 assists. He appeared in 649 games. Shannon Brown won two titles with the Lakers. Melvin Ely won a championship with the Spurs in 2007.