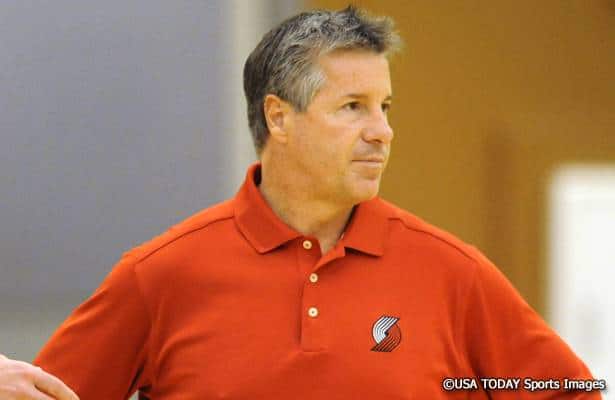 Throw all of the preseason predictions and early hype out of the window. The true winners of last summer and into the fall are starting to emerge as we approach the season’s midway point.

With recent team success as the baseline, let’s take a look at some of the early frontrunners for Executive of the Year award at season’s end (in no particular order)

The Phoenix Suns (22-16) currently have a better win percentage than every team in the Eastern Conference, excluding the Miami HEAT and the Indiana Pacers. But in the Western Conference, where they reside, the team is seventh in the standings.

However, the Suns are far exceeding the expectations set for the franchise in the preseason.

General manager Ryan McDonough has been a driving force behind the team’s surprising success. While McDonough’s moves haven’t been flashy, the transactions have paid immediate dividends while also providing the team with flexibility down the road. One of McDonough’s strongest moves may have been not making a move at all, electing not to deal point guard Goran Dragic upon the arrival of Eric Bledsoe.

You can question whether the Houston Rockets are a true title contender, but you cannot question whether the team is in better shape than it was a few years ago. Without question, the Rockets are on the rise and Morey should receive credit for his ability to stockpile previous rosters with talented (albeit ill-fitting) pieces in order to be a player in the trade markets.

Trading for shooting guard James Harden before the start of last season was the start, but luring center Dwight Howard away from the Los Angeles Lakers this past summer in free agency was a defining moment for Morey and his contention plan.

Surprisingly, the Portland Trail Blazers (29-9) have the second best record in the Western Conference behind the San Antonio Spurs. While the play of forward LaMarcus Aldridge is a driving force of the team’s position, Olshey’s direction shouldn’t be dismissed.

Aldridge reportedly entered the season with a trade demand and while both parties have downplayed this past summer’s rumor, the fact the forward has recently spoke on wanting to retire in Portland is testament to Olshey’s running of the franchise.

Come playoff time, the Golden State Warriors are going to be one of the league’s toughest outs. The team has elite shooters, an ever improving defensive product, strong leadership on the sidelines and a rabid fan base.

There were questions about the team’s moves this summer, mainly letting locker room leaders Jarret Jack and Carl Landry depart via free agency, but after a tough start to the season the Warriors have been playing some of the best basketball in the league as of late.

The Indiana Pacers came into the season with the goal of dethroning the Miami HEAT for Eastern Conference supremacy and reaching the NBA Finals. So far the club is leading Miami in the standings, but the true test will come in the playoffs.

Bird took an already strong team and strengthened the reserve unit last summer, which had been the squad’s undoing in the postseason the past two campaigns. The moves aren’t the most flashy on paper, but with a future perennial MVP candidate in Paul George on the roster, sometimes it’s the subtle transactions that push a team over the proverbial hump.

Do you feel there are any other candidates for Executive of the Year? Let us know in the comments section.