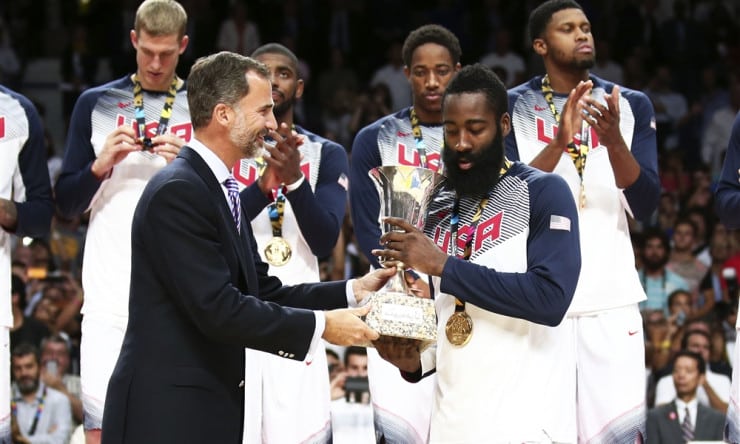 It has been a rough week for the Atlanta Hawks, who are currently shrouded in a controversy that has captured the collective attention of NBA fans and the media. For anyone who has not been keeping track of the situation in Atlanta this last week, here is a quick recap:

On September 7, the NBA announced that majority Hawks owner Bruce Levenson would sell his stake in the team after it was discovered that in 2012 Levenson authored an insensitive email regarding African-American Hawks fans, theorizing, among other things, that “the black crowd scared away the whites and there are simply not enough affluent black fans to build a significant season ticket base.” It initially seemed like the NBA had masterfully handled the situation by dealing with Levenson behind closed doors and convincing him to sell his interest in the Hawks, rather than fighting in court the way Donald Sterling did earlier this offseason. But then Adrian Wojnarowski of Yahoo Sports reported that in June, Hawks general manager Danny Ferry made racially-charged comments about then free agent Luol Deng during a conference call with top ranking Hawks officials and owners, which prompted the Hawk’s internal investigation that uncovered Levenson’s email. Wojnarowski subsequently released a partial transcript of the conference call that included some of Ferry’s inflammatory statements about Deng, such as “he’s not perfect, he’s got some African in him” and comparing Deng to a store owner who sells counterfeit goods. Ferry claimed that he was reading from a scouting report on Deng, and that the controversial words were not his own. In response, Deng released a statement regarding Ferry’s inappropriate comments, expressing his disappointment and reaffirming his pride in his African heritage.

No Match For Team USA

Back in July when Team USA opened training camp in Las Vegas, many of the NBA’s elite players either bowed out or left camp early. There was this belief that maybe this year’s team wouldn’t have the star power to compete and that despite having the deepest pool of talent to choose from in basketball, there were doubters. Those doubters got louder when Indiana Pacers forward Paul George went down to a gruesome injury and Oklahoma City Thunder star Kevin Durant abruptly pulled out, once the team arrived in Chicago.

Where would the scoring come from? Who would play small forward?

This year’s squad got challenged a little in the opening games. They let some teams hang around a little. Their focus was lacking at times and then the games that mattered started to be played.

Rubio, Wolves Moving on Without Love

The Minnesota Timberwolves will enter the 2014-15 season with many new faces after the team traded Kevin Love to the Cleveland Cavaliers and added players like Thaddeus Young, Andrew Wiggins, Anthony Bennett, Zach LaVine, Mo Williams and Glen Robinson III among others. While the Wolves experienced a lot of turnover, the man getting those players the ball will be the same.

Ricky Rubio is excited to play with his new teammates in Minnesota and even though he would’ve liked to see things work out with Love, he is moving forward with the players who are around him and who actually want to be there.

In an interview with Adrian Wojnarowski of Yahoo Sports, Rubio admitted that he didn’t talk to Love and try to persuade him to stay because he felt the star power forward had already made up his mind.

When Kevin Garnett is inducted into the Naismith Basketball Hall of Fame as a first balloter, his 2013-14 campaign with the Brooklyn Nets is not going to be mentioned among his career highlights. It was the actually the worst year of his career, even worse than his rookie campaign 19 years ago when he made the jump straight from high school and was playing against grown men as a skinny, 18-year-old with so much to learn about the game of basketball and being a professional.

Obviously, it didn’t take long as from his sophomore year on, he went on to be a premiere player at his position and one of the faces of the NBA.

However, now as a 38-year-old veteran who is perhaps only one more season away from retirement, he finds his productivity free-falling in a steep, downhill fashion similar to that of former greats Shaquille O’Neal and Hakeem Olajuwon before they made their decisions to retire. The six points and six rebounds he averaged a game were the lowest in his career. And, they came just a year after the Boston Celtics, the franchise he helped bring back to prominence and won a championship for, decided to trade him to the aforementioned Nets despite multiple public statements from Garnett about how content he was finishing his career there.

Players Potentially On The Move

Yesterday, in this space, Steve Kyler provided the scoop on the players from the 2011 NBA Draft class who are eligible to receive early contract extensions.  Teams have until October 31 to negotiate a new deal or can opt to let the market set the players value in free agency next summer.

Today we’ll look at some early logjams in the backcourt around the league which could lead to some early deals during the early portion of the season. It’s never too early to talk potential roster movement.

Here are some situations to keep an eye on heading into training camp:

When Will Bledsoe Get Signed?

In just under two weeks, training camps will get under way for NBA teams, yet Phoenix Suns restricted free agent Eric Bledsoe still does not have a contract.

The stalemate between Bledsoe and the Suns has been well-documented over the last several months, mostly because there’s plenty of coverage for a story that runs from start of the July through the end of September. It still essentially boils down to the fact that Bledsoe feels as though he’s worth a max contract, which in this case would be worth $84 million over five years. Phoenix, unfortunately for Bledsoe, has never offered more than $48 million over four years, leaving quite an impressive gap between what the player thinks he’s owed and what the team thinks he’s worth.