Connect with us
Home » news » chicago miami winning the offseason 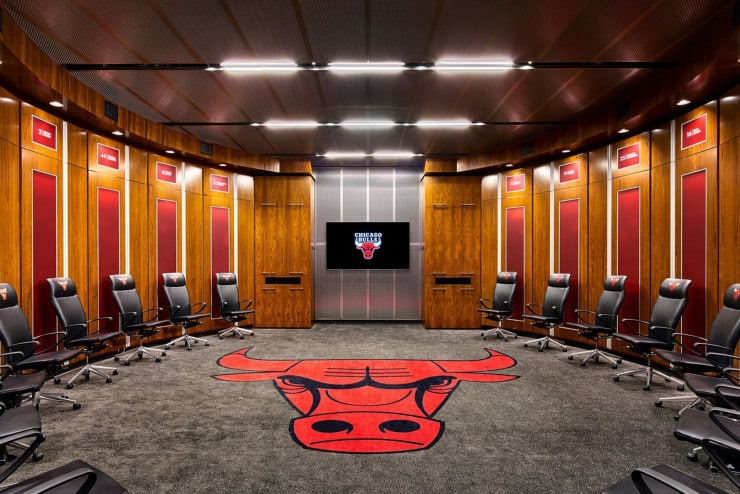 The past two weeks in the basketball world have been a whirlwind. A lot has happened, from the Milwaukee Bucks winning their first NBA championship in a half-century, the loaded 2021 NBA Draft, the always furious free agency period, Team USA basketball in the Summer Olympics, and now the NBA Summer League has begun.

Two of these things are crucial to how next season will shape up. The draft and free agency are the avenues that these franchises can use to improve their teams. Both require preparation, evaluating, number crunching, and persuasion. The stars have seemingly aligned for several squads this offseason, but which teams have truly improved the most?

While the Los Angeles Lakers made a huge splash with the addition of Russell Westbrook, their team is not significantly better. Their identity has been defense, and they did not improve that based on the reunion signings of Trevor Ariza, Dwight Howard, Wayne Ellington and Kent Bazemore. They have six players over the age of 35 after adding Carmelo Anthony. They did manage to snag Kendrick Nunn and Malik Monk but they still have a lot of work to do. The roster has been gutted.

A 3% increase in the salary cap and limited spending among teams has certainly impacted players like Monk.

A high value signing by the Lakers pic.twitter.com/p6g8EhgLci

The Golden State Warriors should be improved but that all depends on the health of Klay Thompson and the growth and development of their young guys. Their two lottery picks Jonathan Kuminga and Moses Moody have a giant learning curve ahead of them and James Wiseman is still recovering from surgery as well. The additions of Otto Porter Jr and Nemanje Bjelica are fine but not earth-shattering either.

The Washington Wizards got a nice package in exchange for Westbrook, but it is unclear how everything will piece together with the looming deal for Spencer Dinwiddie. Will they hold on to Dāvis Bertāns and how will Thomas Bryant come back from his season-ending injury? There are still many questions in DC that need to be answered. The addition of Aaron Holiday was a good under-the-radar move but it’s hard to see this team vaulting higher than what they did this past season.

The New York Knicks had the most money to spend this offseason and they have been going through it. Most of their signings have been retaining their own guys, but they have made some solid additions through the draft and free agency. They selected Quentin Grimes in the first round of the draft, and have found their point guard for the future. After agreeing to a buyout with the Oklahoma City Thunder, Kemba Walker is reportedly headed home to the Big Apple. It remains to be seen how much he has left in the tank, but the Knicks should be able to sustain their success from this past year.

Many teams have improved this offseason, but two of them stand out among the rest.

The Bulls were clearly the winners of the first day of free agency. It has been quite some time since Chicago had a great point guard, and they have one now after the reported sign-and-trade deal to acquire Lonzo Ball. Having a floor general with the vision and skill set that Ball has is something that will help Chicago’s 21st-ranked offense. He should flourish in transition and gives them added size at the position.

Chicago put together another sign-and-trade deal to bring in DeMar DeRozan. The veteran scorer became more of a facilitator last season and should be able to fit right in with this group. With Nikola Vučević feasting inside and the guards in the backcourt spreading the floor, DeRozan will have ample space in the mid-range area where he lives. This should also benefit Coby White as he plays the role of sixth man for this team.

In short time, Arturas Karnisovas has built the Bulls to his vision. He hired a respected coach in Billy Donovan, made a blockbuster to add the big man he coveted in Nikola Vucevic, and then solidified that core with the ideal complement to Vucevic and Zach LaVine in Lonzo Ball.

The other big addition was Alex Caruso, who provides a hard-nosed defender to bolster their bench. It is also worth noting that the Bulls landed Illinois star Ayo Dosunmu in the draft. With the continued development of Patrick Williams, there is a lot to love in the city of Chicago heading into next season. Hopefully, that is enough to appease LaVine and entice him to stay as he heads into the final year of his contract.

There was another point guard on the move as free agency began, as Pat Riley had his hands firmly on the steering wheel. Miami was able to put together a package to acquire Kyle Lowry from the Toronto Raptors, but that was just the beginning. The team quickly re-signed Duncan Robinson to a five-year deal, keeping the sharpshooter in a HEAT uniform. If that weren’t enough, they also gave Jimmy Butler a four-year max extension that locks him up for the foreseeable future.

Jimmy Butler just agreed to a massive extension with the Miami Heat, per @ShamsCharania

Riley was able to lure PJ Tucker away from Milwaukee, signing the recent champion to a two-year deal. He is a valuable addition to their young core, which includes Bam Adebayo and Tyler Herro among others. Miami will have four elite defenders in their starting lineup next season, with Lowry, Butler, Tucker, and Adebayo. They will be a nightmare for most offenses in the league, especially if Victor Oladipo is able to return to health after re-signing with the team.

Another bulldog to add to this group is Markieff Morris. The veteran forward signed a one-year deal to join the HEAT after beating them in the Finals two years ago with the Lakers. At the bottom of all of these moves was the re-signing of Dewayne Dedmon, who should play a vital backup role at the center position. Miami has revamped its roster and is ready to get back to the Finals.