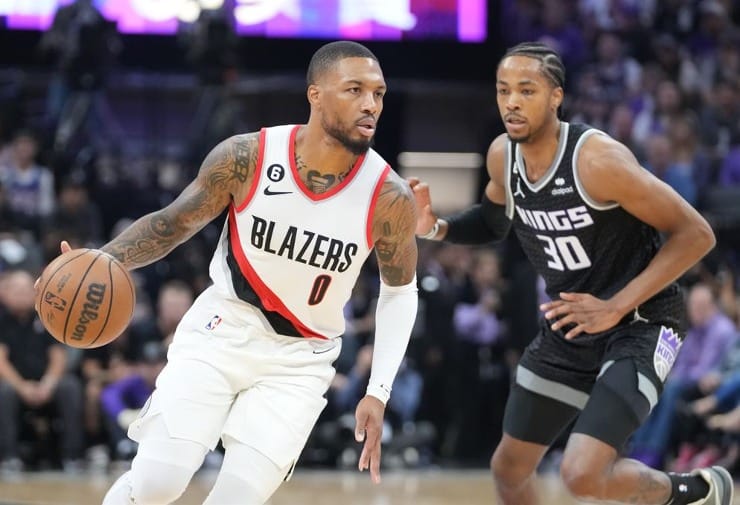 “I think that’s one of the reasons why he’s been so committed to being in Portland to break all the records, show his loyalty to win, and to continue to try and build a lasting legacy,” explained CJ McCollum.

A couple of NBA betting sites are giving the Trail Blazers the 12th-lowest odds to win the championship in 2023. However, a few sportsbooks are still anticipating another playoff appearance this season.

“I think he’s done all those things,” continued CJ McCollum. “People will say what they want about him, but he really works on his game, and he really cares about the game of basketball.”

In Portland’s 115-108 win over the Sacramento Kings on Wednesday, Lillard closed out his performance with 20 points in 37 minutes of action.

Plus, the 2013 NBA Rookie of the Year ranks ninth on the NBA’s all-time 3-pointers list, 87th on the league’s all-time points scored list, and 15th on the career scoring average list.

“It shows you why he’s one of the top-75 greatest players of all time,” continued CJ McCollum. “He’s still a very talented player. I joke with him all the time that if he doesn’t become a billionaire before this is over, you did something wrong.”

While billionaire status is a bit of a stretch, Lillard has earned a lot of dough throughout his playing career. Per the Basketball-Reference database, through contracts alone, the guard has made $193 million.

Of course, this amount does not include endorsement deals or contract bonuses via incentives. In June, LeBron James became the league’s first active player to reach billionaire status.

One thing is for sure, the Pelicans need CJ McCollum almost as much as the Trail Blazers need Damian Lillard. With Brandon Ingram and Zion Williamson healthy, the team is a playoff contender.