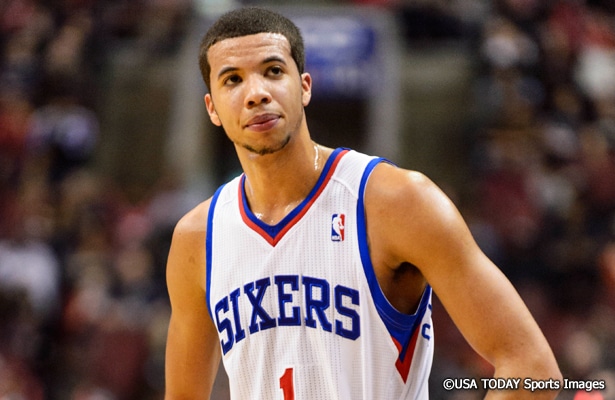 Is tanking an issue in the NBA? Basketball Insiders asked Moke Hamilton, Alex Kennedy and Jessica Camerato to give their thoughts in this week’s head to head.

Asking whether or not tanking is really an issue in the NBA is tantamount to asking whether or not LeBron James is the league’s top player: the answer is so utterly obvious that it makes the mere posing of the question yield eye rolls and sighs from the person being charged with answering the inquiry.

Yes, tanking is absolutely an issue in the NBA and it is something that Adam Silver will need to address.

In the MLB, no matter what, a dominant pitcher cannot pitch for you every single game. In the NFL, a quarterback may be able to throw for 500 yards per contest, but he only plays on one side of the game. Basketball is unlike those two sports in that one dominant player can play all 48 minutes in a contest and can control the ball and manipulate opposing defenses on every single offensive possession, at least in theory. If that same player happens to provide a presence on the defensive end, he can ultimately be the difference between a team winning 25 games and a team winning 55 games.

These are all facts that are easy enough to understand and grasp and when combined with the fact that the NBA’s lottery system effectively rewards teams for being bad, it is no surprise that teams have been racing to the bottom over the past few years.

Seemingly overnight, Tim Duncan, LeBron James, Kevin Durant and Derrick Rose entered the league and helped to transform their franchises. Now, with arguably the deepest draft since 2003 on the horizon, NBA executives look at Andrew Wiggins, Joel Embiid, Jabari Parker, Marcus Smart, Dante Exum and Julius Randle with the same potential—even if it will take two or three years for it to come to fruition.

In the NBA, you either want to be contending for a championship like the Miami HEAT, Indiana Pacers, San Antonio Spurs, Oklahoma City Thunder, Los Angeles Clippers or Houston Rockets, or bad enough to have an opportunity to get the top pick in the draft. There is very little incentive for teams like the Philadelphia 76ers, Sacramento Kings, Utah Jazz or even the Detroit Pistons and Cleveland Cavaliers to fight and scratch and claw their way into the playoffs as the eighth seed when the long-term interest of the franchise may be better served by missing out on the postseason.

Again, with a draft lottery system that rewards teams with higher odds of landing the next Duncan or James, we should be more surprised that the league has not had to address tanking concerns sooner than 2014.

The real question is not whether or not tanking is a problem in the NBA, it’s how to fix it and the answer seems relatively simple: the NBA needs to find a way to incentivize winning for non-playoff and non-contending teams. Rather than having the draft lottery skewed in favor of the team with the poorest record, a simple solution may be to take the 14 lottery teams and skew it in favor of the teams that have the best records against the other 13 lottery-bound teams.

In other words, the league could simply give the higher odds of winning the lottery to the non-playoff team that had the best win-loss record against the other non-playoff teams.

Obviously, it would not be a perfect solution—like anything else, there would be major downsides.

However, the combination of the monumental effect that a single player can have on a basketball game and a franchise and the fact that the NBA actually gives teams better odds of acquiring such a player by being bad yields the inevitable result.

Yes, tanking is a problem in the NBA and at this point, the more appropriate question is not whether it is or isn’t, but how to cure the ailment.

Tanking is definitely an issue in the NBA because the system rewards teams that don’t field a competitive roster.

It has gotten to the point where fans of rebuilding teams enter the season hoping that their team tanks, understanding that a year or two of being bad is necessary to land a star in the draft and eventually contend. Last summer, we saw fans of the Philadelphia 76ers, Milwaukee Bucks, Orlando Magic and Boston Celtics among others calling for their favorite team to tank because they didn’t want the squad to win too many games and fall out of the running for a top pick in the 2014 NBA Draft.

This season, tanking has been discussed more than ever because the 2014 draft class has been hyped up for several years and features several players who may be able to turn around a franchise such as Andrew Wiggins, Jabari Parker and Joel Embiid.

It has also come up recently because the Philadelphia 76ers have been putting on a tanking clinic as of late, losing 26 straight games and starting players like Hollis Thompson, Daniel Orton, Henry Sims and James Anderson.

In reality, tanking has been an issue for years, it just didn’t receive as much as attention in the past. It’s been said many times that the worst place to be in the NBA is in the middle of the pack. As Moke said, if a team can’t contend, they should try to accumulate ping pong balls rather than fight for the eighth seed and the chance to get swept in the postseason.

In the NBA, it’s very hard to become a contender without stars, and the easiest way to acquire a star and lock them for the foreseeable future is through the draft.

Sam Hinkie knows this and witnessed firsthand how hard it is to acquire a star while he was with the Houston Rockets (a team that tried unsuccessfully to land an All-Star for a long time before finally trading for James Harden). It’s why he was determined to bottom out this year and draft someone like Wiggins, Parker or Embiid, who could be Philadelphia’s franchise player for years to come and, in time, possibly attract other stars to the 76ers.

Right now, the system is broken. Other ideas have been tossed around, most notably the wheel concept that would lock each team into a certain pick range for the next few decades. This would remove the incentive for teams to tank, which is what the NBA needs to do. This is one of the biggest issues that Adam Silver needs to address in the coming years.

Is tanking an issue? Well, considering there is more buzz over which team will land the first pick in the draft than which team will win the NBA championship, I’d say yes, it has become one. But who it is an issue for is another story.

For fans and media, it has become one of the hottest topics throughout the entire season. The Philadelphia 76ers’ losing streak received more notoriety than the San Antonio Spurs’ impressive win streak and campaign, with negative storylines garnering more attention and hype.

A team like the Chicago Bulls is poised to be a postseason threat in the face of dramatic injuries and trades, but there aren’t many headlines about them. The Toronto Raptors are quietly putting together one of their best seasons in years, and that’s hardly making a peep. Yet the number of losses compiled by teams like the Boston Celtics and Sacramento Kings is highly discussed.

I get it. The notion of losing an overwhelmingly hopeless number of games with the intention of earning a high draft pick is captivating. The thought of playing so poorly for 82 contests in order to increase the chances of selecting a future stud is an unavoidable point of conversation.

Yet at the end of the day, how much does any of that matter? Nothing is guaranteed in the lottery. The first, second, third pick is not a lock based on the “merit” of losses. The 2006-07 Celtics dropped 18 straight games and still ended up with the fifth overall pick. That right there should show just how unpredictable the ping pong balls can be.

And even if a team lands a top pick, there’s no guarantee that the player they select will help them right the ship. Many teams land in the lottery year after year, failing to improve significantly despite having multiple lottery talents on their roster.

Is taking an issue? In the 2013-14 NBA season, yes, very much so. But the “pay off” of it is so uncertain, it should not be used as a way to measure the future success of a team.