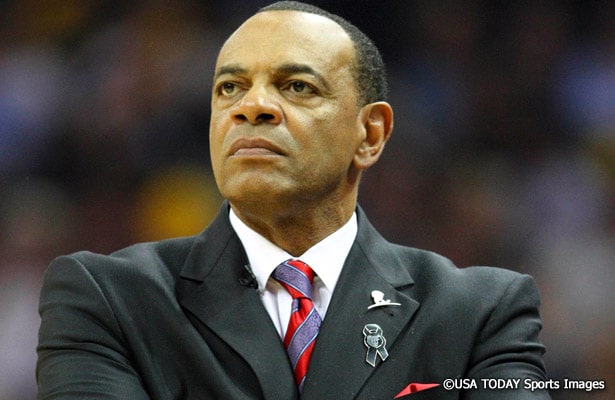 According to Adrian Wojnarowski of Yahoo! Sports, the Detroit Pistons have fired head coach Maurice Cheeks after just 50 games. The franchise hired Cheeks last summer but the club struggled to a woeful 21-29 record to start a season in which Pistons owner Tom Gores expected a playoff berth.

According to reports assistant John Loyer is going to be the interim head coach for the rest of the season and the Pistons will hold off on conducting a coaching search until the offseason, unless of course Loyer earns the job full-time.

The Pistons’ current roster is seemingly flawed lacking the required outside shooting to allow the talented frontcourt of Andre Drummond, Greg Monroe and Josh Smith to fully reach their potential. Many believe the club’s insistence on playing Smith out of position at small forward has been a strong contributor in the team’s early woes.

However, if there was a solid time to release a head coach it would be now with so many qualified candidates available on the market.

One of the most qualified names on the unemployment line is former Memphis Grizzlies head coach Lionel Hollins, who has a career record of 214-201 in two different stints with the franchise. Hollins is currently doing some broadcasting work with NBA TV, but last season led the Grizzlies to the Western Conference and 56 regular season victories. Reports indicated that Hollins was interested in the job, despite it being midseason, before word broke that the Pistons would let Loyer finish out the year.

Also note, Hollins was offered an opportunity to join the Pistons’ staff last summer by Cheeks but declined the opportunity.

Hollins makes it no secret he has been waiting for another opportunity to return to the coaching ranks as evidenced by his interview below – but he wants it to be as a head coach.

“I believe I’ve established myself as a head coach and I’d like another opportunity to show that [my success] wasn’t a fluke,” Hollins told Ramona Shelbourne of ESPN in December. “I feel like I’ve proven I can take a young team and develop it, then sustain what I’ve done by what I did in the last five years in Memphis.”

Hollins is credited with turning a perennial lottery team into a title contender. One of Hollins’ strongest attributes is the respect he commands from his players. But the respect isn’t one of fear. Hollins empowered guys such as Zach Randolph and Tony Allen to police the locker room and ushered in a culture based on accountability.

Hollins should also be partly credited for the development of point guard Mike Conley. The Pistons have a young guard in Brandon Jennings who would benefit tremendously being under Hollins’ tutelage. Hollins also was able to turn the frontcourt duo of Randolph and center Marc Gasol into one of the league’s most formidable duos. With so much frontcourt talent lurking in Detroit these days, Hollins’ skillset would seemingly be a perfect fit.