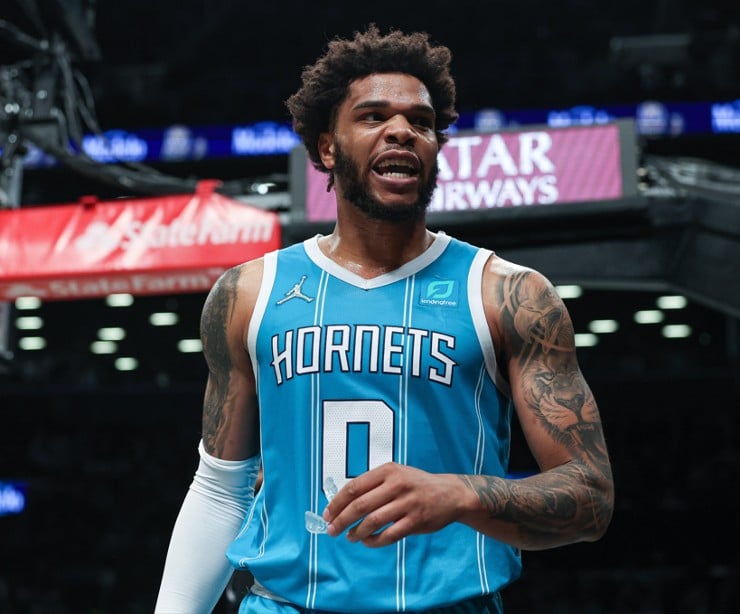 Mitch Kupchak, the Hornets general manager, commented on forward Miles Bridges when asked about his situation. He said, “As an organization, we love Miles, ok? And we’re going to bring him back. He’s been great for the franchise, and I believe, with his work ethic, he’s only going to get better.” A few weeks ago, NBA analysts were reporting that Kupchak was stalling to offer Bridges a maximum contract.

Now, Kupchak might not have a choice. The forward is a restricted free agent. He will test free agency for the highest possible offer. And this all comes down to whether or not the Hornets can afford to keep him. He earned $5,421,493 last season. Bridges will be asking for a deal in the ballpark figure of four years, $130 million. While such a contract sounds ridiculous for this fifth-year player, he did have a career season.

Is Miles Bridges worth his asking price?

Additionally, it is unknown as to where Kupchak will move Gordon Hayward and Terry Rozier. Before Kyrie Irving opted in with the Nets, one rumor circulated that Charlotte would trade Hayward and Rozier for Irving. Of course, that trade never manifested. In a total of 49 games played last season, Hayward averaged 15.9 points, 4.6 rebounds and 3.6 assists per game.

Likewise, Rozier averaged 19.3 points, 4.3 rebounds and 4.5 assists per game in 73 games played. While Hayward is projected to earn $$30.1 million for the 2022-23 season, Rozier is set to make $21.5 million. As of right now, both players could end up on the Lakers to make room for Miles Bridges and potentially Russell Westbrook. That NBA trade rumor is still floating around on social media.

Either way, it’s unlikely the Hornets’ roster will remain the same heading into next season. LaMelo Ball could use more support. He won Rookie of the Year in 2021, and Ball is aiming to further develop his game. Perhaps he could use a veteran like Westbrook. This deal could be in the works behind closed doors. Other Hornets NBA news articles are on the main page.