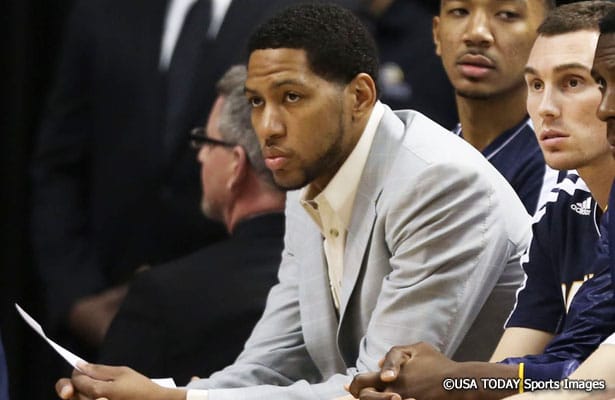 Where Does Danny Land?:  The Philadelphia 76ers and forward Danny Granger are expected to reach a buyout agreement at some point today, although 76ers coach Brett Brown told reporters last night that he was still unsure of the outcome and that Granger and 76er General Manager Sam Hinkie were still talking through the scenarios.

Granger and the 76ers have had several discussions about the structure of a buyout that would allow Granger to become an unrestricted free agent. It is believed that Granger is not overly interested in finishing the season in Philadelphia and may be willing to sacrifice some of the $4.2 million still remaining on his $14.02 million final contract year in order to join a contending playoff team.

Several teams are expecting a buyout to occur and have started doing due diligence on Granger and his long problematic left knee.

Sources close to the situation in Indiana say that Granger had let up on the routine conditioning that has become an almost daily requirement to keep his knee workable and that, combined with his ending contract is what lead to his trade from the Pacers.

»In Related: The Complete List Of Salary Cap Exceptions.

Inquiring teams are trying to get a sense of what they can expect from Granger down the stretch. Granger has been linked to both the Miami HEAT and the San Antonio Spurs, although sources say that the New York Knicks and the Chicago Bulls have expected some interest in Granger too.

Assuming that Granger and the 76ers reach an agreement today, there is a 48-hour waiver period that would have to pass before he could join another team.

A player must be bought out and waived before March 1 in order to be eligible for the postseason, regardless of when that player signs with a new team.

The Greg Monroe Situation:  There was a growing belief in early February that the Detroit Pistons would have to trade soon-to-be free agent big man Greg Monroe at the trade deadline, however inquiring teams found out quickly that Detroit was not only not interested in deals involving Monroe, they seemed more open to trying to trade forward Josh Smith whom the Pistons signed this summer to a 4-year $54 million deal.

The fit with Smith and the Pistons has been anything but ideal, with Smith being one of the reasons the Pistons fired head coach Maurice Cheeks after just 50 games.

The Pistons will face something of a crossroads this summer as long-time team president Joe Dumars will reach the end of his current contract and is expected to move on from the Pistons. Sources close to the situation say the inevitable break up is very much mutual, although it’s easy to see that Dumars was likely out regardless of his contract status.

The Pistons have $33.413 million guaranteed contract commitments next season which does not include Jonas Jerebko’s $4.5 million player option or the $5.479 million qualifying offer to Monroe. Accounting for those two potential cap hits the Pistons are still looking at $47.657 million in likely commitments which would still put them some $14.34 million under an expected $62 million salary cap.

Pistons sources say that keeping Monroe long-term is still very much part of the plan, however there is an admission that the plan could change once a new general manager is brought in, but that ownership he is talking directly with Pistons players on a regular basis believes that Monroe and center Andre Drummond are the corner stones of his team and that Smith may be the guy that has to be moved.

Smith has three more seasons left on his deal worth $13.5 million each and is believed to be available for a song in the offseason.

Smith, who turned 28 in December, is averaging a career low in field goal percentage and near his career lows in three-point and free throw shooting.

The Pistons are expected to resume efforts to move Smith in the offseason and have made it clear they will match whatever is offered to Monroe in restricted free agency.

Felton In Serious Trouble:  As though New York Knicks guard Raymond Felton didn’t have enough on-court problems, he now faces some pretty major off-court issues too. According to reports, Felton was arrested last night after the Knicks’ 108-110 loss to the Dallas Mavericks on three gun related charges, two of which are classified as felonies.

Felton allegedly was pointing a loaded handgun at a woman according to reports. Felton reportedly turned himself in for questioning earlier this morning.

»In Related: Will The Issues Around The Knicks Impact Anthony’s Free Agency?.

The city and state of New York has some of the strictest gun laws in the country and Felton now faces the possibility of serious jail time related to the charges.

According to police filings, Felton was charged with criminal possession of a weapon in the second, third and fourth-degrees. The second-degree charge alleges he “knowingly possesses a loaded firearm”. The third-degree alleges Felton “knowingly possesses a firearm which has been defaced for the purpose of concealment or prevention of the detection of a crime or misrepresenting the identity of such firearm.”

Former New York Giants wide receiver Plaxico Burress was charged with a similar second degree charge after mistakenly shooting himself in the leg at a night club in New York in 2009 and was sentenced to two years in jail after agreeing to a plea bargain deal.

Felton is expected to be arraigned in New York today. The Knicks have a scheduled day off today and have yet to comment about Felton’s situation.