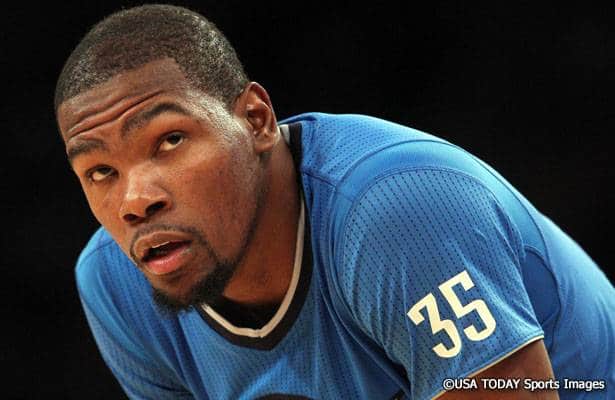 Now that we have officially reached the NBA’s “second half” of basketball, we fully expect this race to take on the same feverish pace of the playoff push. With teams jockeying for position, we should expect players to do the same; whether a conscious effort or the natural result of the natural finish-line induced increase in competition. Moving forward, a player’s team must at least be within playoff range in order to be a part of this discussion. Most teams are down to their last 30 (or so) games, and the end of the season will be upon us before we know it.

The only reason Paul is this low in the rankings is due to his absence from the court. While his teammate Blake Griffin has deservedly ascended most rankings due to his stellar play during Paul’s absence, we fully expect Paul to find his way back toward the top of this discussion over the final two months of the season. Intriguing matchups against the Spurs, Grizzlies, Thunder, and Rockets over the next 10 days.

Coming off his victory on the 2014 NBA Slam Dunk contest and an impressive first half, Wall hopes to keep the positive momentum and results rolling into the second half of NBA action. He is currently performing career high levels in four major statistical categories: Points, Assists, FT percentage, 3-point percentage. Wall squares off with Kyle Lowry (Raptors) and Jeff Teague (Hawks) on a back-to-back, and will face-off with Kyrie Irving (Cavs) to end the week.

Dragic went into the All-Star break on a bit of a tear. He averaged over 24 points per contest over his last five games, while shooting an impressive 58.2 percent from the field, and 54.2 percent from deep over that stretch. The Suns, currently fluctuating between the 6-8 seeds out West, absolutely need Dragic to continue at this rate. In what was expected to be a bottom-out year, they could be a healthy Eric Bledsoe and perhaps a trade deadline deal away from turning a miracle season into something special if things broke the right way.

Harden went into the All-Star break on a fantastic 35/6/6 performance against the Wizards where he outdueled both the aforementioned Wall and a hot-shooting Trevor Ariza to secure a win for the Rockets and keep them a game ahead of the Clippers in the loss column. His Rockets are the hottest team in the league, having won seven straight. They have their eyes set on the Spurs’ current two-seed, and are only two games back in the loss column. They’ll need Harden and Howard to remain dominant from here on out.

Griffin has been playing like a man possessed over the last couple months. Much of it out of necessity (with Paul’s absence), but also due to his desire to continue improving while showing the league, analysts, and fans there is more to his game than a few highlights per contest. His upcoming matchups with Tim Duncan, Zach Randolph, Serge Ibaka, and Anthony Davis will be more than worth the price of admission (or NBA League Pass) alone.

Blazers fans have to be hoping the sore groin doesn’t become a lingering issue over the second half, as they absolutely need Aldridge to maintain the form that helped lead to a great start to the year. They’ve gone just 5-9 over their month of games, and will need leaders like Aldridge and Damian Lillard to recapture whatever it was that lead to a 31-9 start through the second week in January. Aldridge will face Tim Duncan, Derrick Favors, and Kevin Love this week.

While rankings of these nature are always subjective and according to the writer or site’s views, it is safe to call Curry one of the league’s best guards. Point blank. Period. The man has not only continued to develop as a player, but he’s also transitioning into the type of leader coach Mark Jackson needs him to be in order to secure a favorable playoff position in a highly competitive Western Conference.

Even though George recently dropped a notch in these rankings, we don’t anticipate him becoming a forgotten man over the last couple months. He remains one of the league’s best (and few) true two-way players, and still leads the team with the league’s second best record in points, steals, and minutes played. He’ll have plenty of time to prove his worthiness of being in the top-tier discussion, including two matchups with LeBron James and another with Kevin Durant toward the end of the year.

James put the women and children, and most importantly the Warriors to bed with his vintage 36/13/9 performance (including a well-defended step-back three at the buzzer) to close out the HEAT’s first half. We mentioned anticipating a strong second half push by both his team and James on a personal level, and it certainly appears to be the case. With his HEAT still remaining within striking distance of the top seed in the East, although not an absolute necessity, it wouldn’t surprise us to see increased productivity from the reigning MVP now that everyone can see the finish line.

While there are some that simply cannot accept another player (besides James) being mentioned as the eventual MVP, we’re here to tell you that it would actually take a slide from Durant coinciding with a prolonged improvement from the other top candidates in order for Durant to vacate this position. When you can utter the phrase “in a relative off-night” alongside his 43 point, 12 rebound, seven assist, three steal performance in a road win against a scrappy Lakers team, you know that man is currently on top of his game.

Tony Parker, San Antonio Spurs – Parker remains the best player on one of the league’s best teams, but his sprained left hand has either severely limited or held him out altogether for the better part of two weeks. Not coincidentally, his Spurs are just 5-5 over their last 10 games.

DeMar DeRozan, Toronto Raptors – The Compton native continues to impress, as his Raptors could very likely host a playoff series this season, barring any significant changes.

Dwight Howard, Houston Rockets – Whether he’s returned to a majority of fans’ good graces, Howard definitely appears to be returning to the physical form he once showed signs of dominance with.

Kevin Love, Minnesota Timberwolves – Love continues to produce, but his Timberwolves haven’t been able to stay in the race out West. The next 12 games will likely make or break their season, as they only play four games against teams currently in playoff positions.