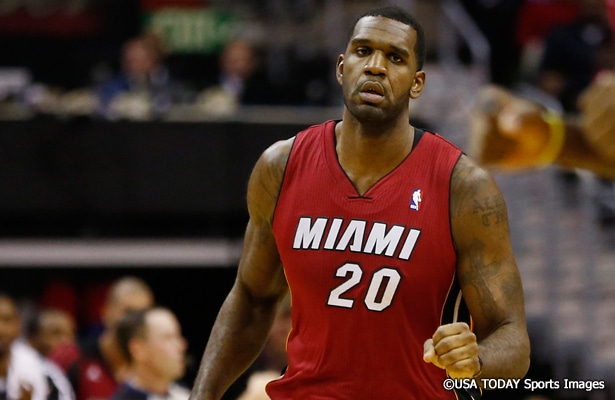 Derrick Rose has gotten his fair share of criticism during the FIBA World Cup games this summer due to less-than-stellar play against players nowhere near the caliber of player he’s about to face every night in the NBA. Despite regaining his athleticism, there are plenty of people who wonder if he’ll ever be anything close to what he was over the course of his first few years in the league. There’s also a concern that one more big knee injury will effectively end his career, at least as we’ve all known it.

Whatever happens with Rose, modern medicine has allowed him to return to some semblance of his former self. That hasn’t always been the case in the past, as there have been some really great players forced out of the game well before they were ready to go. Injuries, unfortunately, were the least of some of these players’ concerns:

#5 – Jay Williams, Chicago Bulls – Rebuilding the Bulls after Michael Jordan retired was a seemingly impossible task, as those early 2000s Chicago teams lost a record number of games with some truly awful players. The first real sign of hope for the future, at least after the team traded away Elton Brand, was the drafting of Duke point guard Jay Williams.

He didn’t have a great rookie season, but it wasn’t an awful one either, and most smart basketball people assumed he’d see steady improvement his first few years and eventually end up playing at or near an All-Star level. Had he not crashed his motorcycle, for which he had no license, in the summer following that rookie campaign, those smart basketball people may have been proven right. Instead, we’ll never know just how good Williams could have been

Williams underwent a number of surgeries and worked very hard to get himself back into playing shape, but he never got onto another regular season NBA team. Chicago, meanwhile, had to draft another point guard in Kirk Hinrich the very next year with their lottery pick, taking a Jay-Williams-sized step backwards in their rebuilding process.

#4 – Magic Johnson, L.A. Lakers – We know without question that Magic Johnson is one of the 10 best players in NBA history, but what is really incredible is that he earned that distinction retiring about five years before he was ready. At age 31, Johnson contracted the HIV virus, which in 1991 was basically considered a death sentence that forced him to quit basketball immediately.

The fact he made a brief comeback in 1995-96 and averaged 14.6 points, 6.9 assists and 5.7 rebounds shows that he still had game despite having been away from professional basketball for over four years. It makes one wonder what his final career numbers would’ve looked like had he never retired in 1991 and played straight through to end of the 1996 playoffs. Were the world a little less afraid of HIV and AIDS at the time, he might have continued his career, but instead we’re left wondering how many more championships he may have won (perhaps even a couple at the expense of Michael Jordan’s six-ring legacy) had he never left the game.

#3 – Drazen Petrovic, New Jersey Nets – Petrovic, one of the true pioneers for making international basketball stars relevant in the NBA, was drafted as a 21-year-old out of Croatia, but he didn’t make his NBA debut until four years later. Even then he spent his first season buried on the bench in Portland, a team that never gave him a chance to shine. After a trade to New Jersey during his second season in the league, he finally started to flourish as one of the NBA’s deadliest shooters. He very quickly transformed into the player so many people thought he could be.

The problem, of course, was that he died at age 28 in an offseason car accident in Germany. Petrovic obviously had a huge impact on the influx of European players to come in the following years, but the real tragedy is that he passed away right as his NBA career was starting to take off. Had he lived, we may be talking about him as one of the best three-point shooters of all time.

#2 – Bill Walton, Portland Trail Blazers – The 1977 Blazers were one of the most exciting teams in the history of the game, and their star, Bill Walton, had one of the snazziest array of post moves anybody has ever seen. It was borderline impossible to stop the guy when he was healthy and at his best. The problem, of course, is that he was almost never healthy.

In 10 seasons in the league, he missed four full seasons and played more than 67 games only once. Surgery after surgery on his foot failed to completely fix the ongoing problems, and as a result one of the most gifted post players of all time never really was given the opportunity to show what he could do on a consistent basis. He still managed to win two championships in his career, but things were never really the same after that 1977 season. With healthier feet, Walton may have been more than just a Hall of Famer; he could have been in a conversation about the best players ever.

#1 – Len Bias, Boston Celtics – Magic Johnson and Larry Bird were the 1980s’ biggest basketball stars, but in the middle of the decade, that torch was to be shared and eventually passed on to the next generation, led by Chicago’s Michael Jordan and University of Maryland standout Len Bias. Jordan’s career success is well-documented, but Bias never played a single NBA game.

Those who saw Bias play in college said he could’ve been every bit as good as Jordan and possibly even better. Knowing what we know now, it’s hard to buy that, but Bias’ combination of size (6’8), athleticism and physical ability certainly had a lot of teams excited about him coming out of school, most notably the Boston Celtics, who took him with the second overall pick in the 1986 draft.

Sadly, Bias died two days after getting drafted due to a cocaine overdose. He was 22 years old and prepared to join the defending champion Celtics, obviously one of the most talented teams in the league. Had he actually played for Boston, the Celtics could have put together quite a string of championships, and when Larry Bird would have retired, Bias could have kept the C’s competitive through the Jordan Era. It boggles the mind to think about what kind of dynasty Boston could’ve strung together with Bias, and one night’s celebration taken too far ruined it all.

Yao Ming, Houston Rockets – While Yao is not the most tragic case of a career cut short by injuries, he certainly deserves mentioning because of the player he could’ve been had he been able to play 75+ games every season of his eight-year career. But in truth, he only was able to accomplish that four times, and he only played five games in his last two seasons as a Rocket, making his 2011 retirement not all that surprising. What makes this so sad is the fact that nearly everyone knew early retirement was inevitable.

From the outset, there were concerns about how the knees and feet of someone that large would hold up over time, and when you add in all the double duty he pulled early in his career between the NBA and the Chinese National team, there was just no way he was ever going to have a long career like other legendary big men who played forever, like Shaquille O’Neal, Kareem Abdul-Jabbar, Robert Parish and others. Instead, Yao retired at age 30, which is when most other players are just hitting their primes.

Greg Oden, Portland Trail Blazers – Oden’s entire NBA career thus far has been either an injury, an injury recovery or an injury waiting to happen. While he did survive last season with Miami unscathed, the reality is that he played only 82 of his first 328 NBA games thanks to a never-ending string of knee injuries. He was supposed to be the best player of the 2007 draft, but compared to Kevin Durant, who was taken right after him, he looks like one of the worst No. 1 overall picks of all time.

Brandon Roy, Portland Trail Blazers – When Roy was healthy and at his best, he was easily one of the best two-guards in the NBA, but seemingly never-ending knee surgeries forced him to retired in 2013 at age 29. Steve Nash didn’t start breaking down physically until 38, to give some idea of how sad Roy’s early retirement was. Late in his career he still showed flashes of brilliance, giving credence to the idea that he would have remained dominant well into his 30s had his body not just quit on him.

Nobody wants to see players go through the problems that some of the other guys on this list went through, but the fact is that sometimes really good young players just don’t get the opportunity to play deep into their 30s. Brad Daugherty, Reggie Lewis, DaJuan Wagner—all these guys could’ve been spectacular had they just been given the time and/or good fortune to do so, but things don’t always work out for everybody that plays the game.

At least nobody has made Bias’ mistake again. Injuries aren’t always avoidable, but things like that are. Hopefully, that’s the way it stays, and we can keep future tragic stories of athletes lost too soon to a minimum.