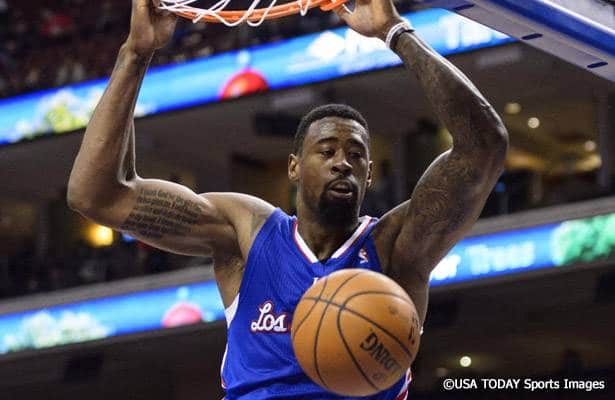 Some funny hazing moments from NBA rookies of the past.

Udonis Haslem is quite the prankster…just ask Dwyane Wade.

Dunks of the Night

Dwight Howard looks like he’s having fun this summer.

Nick Young is one of several NBA players participating in this year’s Drew League in Watts, CA.

"As I walked out the door toward the gate that would lead to my freedom, I knew if I didn't leave my bitterness and hatred behind, I'd still be in prison." Nelson Mandela. #Madiba'sThrone #ThisIsMelo

DeMar DeRozan nearly shut down a game during last year’s Drew League with these ridiculous dunks.

Paul George rocked the Drew’s crowd with this 360 degree windmill earlier this summer.

Austin Daye seems to have found a new pair of kicks for next season with the Spurs. These Beethoven Kobe 9’s are legit.

Phenom Dunks of the Night

The clip has a ton of the nation’s top basketball high school basketball prospects showing the type of athleticism and creativity that we just haven’t seen with such regularity prior to now.