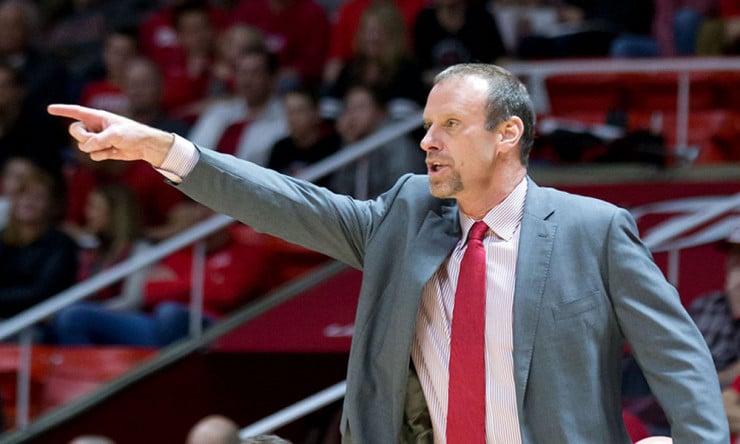 Entering the tournament with a second place finish in the down Pac 12, Utah is a team that can pose threats on many levels. Averaging a pedestrian 72.6 PPG but conceding an excellent 56.1 PPG, the Utes have found a tremendous balance between execution on offense and plugging lanes on defense. The buck starts and stops with Delon Wright. The versatile and long point guard is the heart and soul of both the defense and offense. He can do a little bit of everything to the tune of 14.3 PPG, 4.6 RPG, 5.4 APG and 2.2 SPG. If there is a knock on him, it is outside shooting but simply put, he steps up in big moments. Unfortunately for Utah opponents, the minute you focus on Delon, Brandon Taylor or Jordan Loveridge shake free for three pointers and either one can fill it up in an instant. The development of young big man Jakob Poetl (unknown international to NBA draft prospect) has been outstanding but Utah is a team and the implementation of their NBA style offense allows for just the right amount of freedom and control. Look for the Utes to use their stifling defense and ultra efficient offense (1 PPP overall, 1.3 PPP in transition, 0.954 PPP in the half court) to make a deep tournament run. How deep will be dependent on the continued emergence of Wright, a sure-fire NBA draft pick.

Building off of last year’s first-round win over VCU, the Lumberjacks are back in the tournament for the second-straight year. They don’t come in with a 28-game winning streak this year, but they are winners of the Southland Conference regular season and tournament championship once again and have not lost since February 14 – their lone defeat in 2015. Lumberjacks head coach Brad Underwood is one of the hottest names in country, and although his impressive run has been led by players he didn’t recruit, he’s come in and taken the program to heights that have exceeded even some of the most optimistic expectations. At the power forward and center position, they feature the most recent two Players of the Year in Jacob Parker (2014) and Thomas Walkup (2015). What they lack in size, they make up for in skill and basketball IQ. They’re viable inside-outside threats, but they get theirs through the flow of the game. They average a combined 5.2 assists a game, serving as the facilitators of the Lumberjacks’ top 12 offense. They’re surrounded by quality shooters, most notably Demetrious Floyd, Jared Johnson and Ty Charles. While this team isn’t as formidable defensively as some of the SFA teams of the past, this year’s squad can outscore those they have trouble stopping. Other than an in-conference loss to Texas A&M-Corpus Christi, their first in two years, all of the Lumberjacks losses were to teams in the RPI top 30, so don’t rule out another upset.