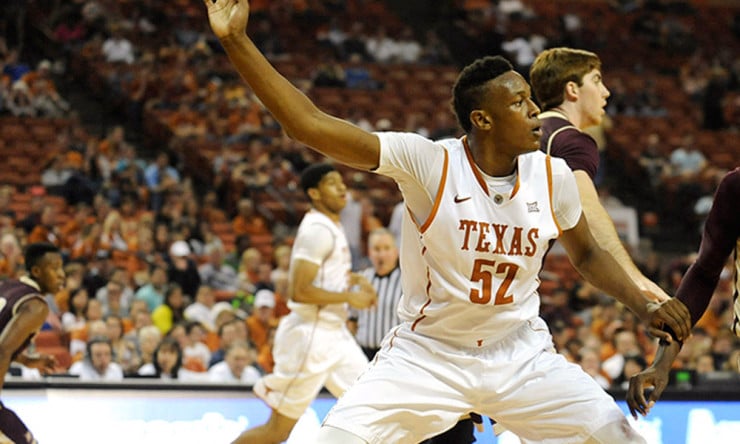 Pre-season and mid-year coaching changes rarely result in an NCAA bid. The mid-major darling lucked out in having a former successful head coach Chris Holtmann (Gardner Webb) ready to take over and nearly win the new Big East. Showcasing a strength of schedule that ranked #24 and an RPI of #30, it would seem as if Butler would be primed for America to write their name down twice. But a closer look shows that threeof their five wins against top 25 teams came against teams that had second-half disasters in St. John’s and Seton Hall. In order to control the tempo and keep the game in the 60s, Butler must find ways to create easy baskets early in the shot clock. They will have the lowest assist per game rating in the tourney field (currently 253rd) meaning Kellen Dunham (16.7 PPG), Roosevelt Jones (12.7 PPG) and a now healthy Allen Chrabascz (11.1 PPG) must be productive in isolation and mismatch situations. Butler’s staple of taking away individual players’ strengths is never easy to prepare for, but their overall success will be dependent on keeping teams out of the paint (239th in blocks). Four days is a lot of time for a Butler team to prepare in March and one day is not enough time to prepare for them. Butler may easily win one game, but they will only see week two if they keep their opponent’s best scorers in check as the usually do. Basketball karma is deep in Hinkle Fieldhouse and brackets will depend on it.

Two separate four-game losing streaks since the start of conference play have a lot of people down on the Longhorns, and Rick Barnes especially. For the most part, though, his team was competitive during those tough stretches outside of a blowout loss to Baylor on January 31. They avenged that loss on March 2 in overtime, and fell in the Big 12 conference tournament to Iowa State by just 13. So, count them out at your own peril, because they have some bracket breaking potential when they’re clicking on all cylinders. They have one of the biggest frontlines in college basketball with Jonathan Holmes, Myles Turner, Cameron Ridley and Connor Lammert. Together they’ve helped the Longhorns outrebound their opponents by eight on the year and swat a nation-leading 7.9 shots a game. Good size is almost a necessity to defeating them. The Longhorns really don’t have a bad loss on their schedule. Stanford was the team that beat them with the lowest RPI (59), but even that is still a respectable loss. Their 2-10 record against teams in the RPI top 25 will understandably make you hesitant in buying in on the Longhorns’ ability to make a deep run, but make sure to pay close attention to match ups. With the right ones, the Longhorns very well could surprise and get past the Round of 32 for the first time since 2008.