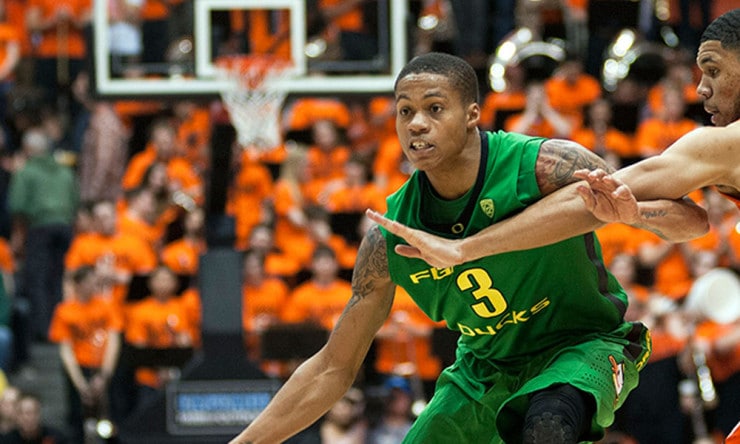 After an offseason rape scandal put a black cloud over their program, the Ducks have quickly recovered and moved on while managing to earn their third-straight appearance to the big dance. They play at a fast pace, which Joseph Young shines in. The former Houston Cougar has been one of the top scorers in the country this season, pouring in an impressive 20 points a night, including a career-best 83 threes. He also averages 4.6 rebounds and 3.7 assists – a team-high. With this being his final tournament run, look for him to try to go out on a high note. The Ducks average 76 a night, and it’s been against teams that are able to slow down their high octane offense like Arizona, VCU and UCLA (in the second matchup) that they struggled. They have fallen in shootouts too, like when they dropped a 108-99 road game to Washington State, but it’s in a track meet style of play that they really excel in. It becomes a lot more difficult to run when you’re constantly taking the ball out of the net, though, which is where the 70.7 points that the Ducks allowed nightly this season becomes concerning. If they go up against a team that can control the tempo, they won’t be around long. They were just 3-4 against the RPI top 50, with 17 of their wins coming against teams outside of the RPI top 100.

The Cowboys, losers of six of their last seven, very nearly played their way out of their third consecutive appearance in the big dance. Quality wins against Kansas, Baylor (twice), Texas (twice) and Tulsa helped them survive that poor finish, but there’s serious reason to doubt that whether they’ll be able to win a tournament game for the first time since 2009. With former Cowboy star Marcus Smart now playing in the NBA with the Boston Celtics, Le’Brayn Nash has taken over the alpha male role on the team and really shined at times. Nash, a high-profile recruit coming out of Dallas in high school, has also shown that even as a senior, consistency is an issue. In an 82-70 win against TCU late in the year, Nash had 20 points, six rebounds and two assists, but he followed that up three nights later with just 10 points before fouling out in an 81-72 loss at West Virginia. Without him at his best, the Cowboys will almost certainly be one-and-done again this year. Phil Forte III is one of the elite three-point shooting threats in the tournament, making 69 threes on the year at a 39 percent clip. He’s a fierce competitor who can erupt for over 20 on any given night, as he did seven times this year, but he’s really been struggling as of late. Matchups are everything for the Cowboys, as they run an isolation-based offense that only averages 10 assists a game – among the lowest in the field. If the Cowboys run into a defense that can contain them out on the perimeter and force them to settle for threes, they’re going to have a difficult time surviving and advancing.