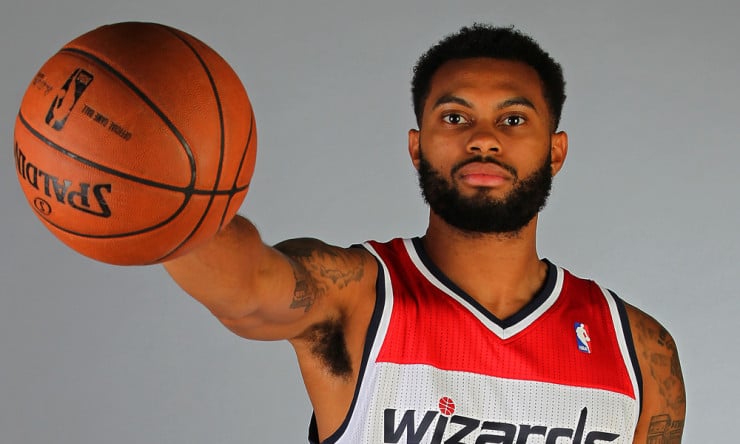 Xavier Silas’ professional basketball career has taken him to France, Maine, Philadelphia, Israel and Argentina. Now, his hoops journey will take him to Washington.

He just signed training camp deal with the Wizards, making this the second year in a row that he has been on their camp roster. The 26-year-old didn’t make the team last year because they had 15 guaranteed contracts.

However, Washington’s staff kept in touch with him throughout the season and now they’re bringing him back in for another look. This time around, they only have 14 players with guaranteed deals, meaning he has a real shot at making the roster, especially considering the team could use another shooting guard.

“It’s a great opportunity,” Silas told Basketball Insiders about joining the Wizards. “I really like the guys here. We spent some time together last year and the staff there is amazing. They kept in touch over the year, and they were real encouraging and everything. They felt that I had a really good chance [to make the team] last year even though they had a 15-man roster. This year they don’t, and it’s a real opportunity. It’s just a good vibe and there’s a good feeling there, so I enjoy it a lot.”

Silas has already been working out with the Wizards’ staff at the Verizon Center. He has been training two to three times a day to prepare for the season, and he can’t wait for camp to start.

“I’ve always been a hard worker,” Silas said. “That’s kind of like my M.O. It’s just kind of normal for me. I work out three times a day during the summer, so it just feels normal to do it here. I’m just happy to have some of the staff members with me and get in the gym. It just feels great to be able to have a staff that encourages that.”

After a number of stints abroad, Silas isn’t taking this opportunity to return to the NBA for granted.

“I think the difference between me and a lot of guys is I’ve been to South America, Europe, Israel and all these different places so they can see it in my eyes, they can see that I’m going to cherish the experience and the opportunity,” Silas said. “If they give me the opportunity, I’m definitely going to cherish being on an NBA roster, and so it’s just different. That’s what I took away from that [overseas] experience, just being responsible and understanding that it’s definitely a good thing to be on an NBA roster. It’s a privilege.”

Silas believes he has made a lot of progress since the last time that NBA fans saw him. His last stint in the United States was with the Maine Red Claws of the NBA D-League. Washington’s staff has also noticed significant improvement from Silas, according to the guard.

“I feel a lot better when it comes to shooting the ball, just being a real knockdown shooter,” Silas said. “I’ve been working on that a lot, and the Wizards staff that I’ve been working with, they’ve seen me since last year and they really believe that I’ve gotten better as well, so it’s real positive. I feel a lot better. My ball-handling is better too; everything is just a lot tighter.”

Training camps open in two weeks, and Silas is ready to make the most of this opportunity in Washington. He credits his agent, Charles Briscoe, for putting him in this position.

“Charles has been great,” Silas said. “He’s been connected and he’s put me in these situations to give me these opportunities, so I think that we’re a good tandem. He’s a great agent, and he’s definitely helped me in my career and put me in the spots where I feel comfortable and great about everything.”

The Wizards will also add Damion James to their training camp roster, according to reports. Both players will be competing for the team’s final roster spot.