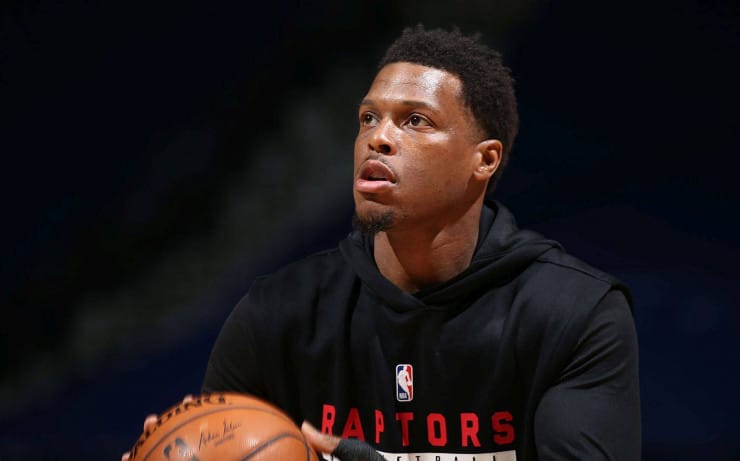 Now that the NBA Summer League has concluded, teams are now fully focused on the upcoming season. Free agency has mostly played itself out, and while there are still a few difference-makers available, most rosters are set. There is still the potential for blockbuster trades surrounding Damian Lillard and Ben Simmons, but those could take some time to marinate.

Point guards were the theme this summer, as teams revamped their rosters, hoping for a similar situation that played out in Phoenix this past season when the Suns acquired Chris Paul and made it all the way to the NBA Finals. That shouldn’t be viewed as a template for success, as there aren’t many guys that can do the things that Paul can. Regardless, front offices were ready to pounce when free agency began.

With an honorable mention to Spencer Dinwiddie and the Washington Wizards, five point guards changed teams this offseason, which should play a huge factor in how the season plays out. They may not be the best players on their team but they are certainly game-changers.

Ball had been rumored to the Bulls even before last season ended. It was no secret that he wanted out of New Orleans and his preferred destination was the Windy City. The Bulls made several high-profile moves this offseason, most notably Ball and DeMar DeRozan. They join Zach LaVine and Nikola Vucevic to form a mighty starting unit, although Lauri Markkanen’s time in Chicago may be coming to an end.

The major concern for this team will be their defense. They weren’t great last year and those new additions are not known for their prowess on that end of the floor. They managed to acquire Alex Caruso from the Lakers, which should help them on that front. The point guard not only plays great defense, but he has a high basketball IQ that will help guys like Patrick Williams and Ayo Dosunmu. The Bulls may not be championship contenders like some people envision, but they should be much better this season.

Lonzo Ball: “(The Bulls) were the team that stood out that really wanted me for me. I wanted to go somewhere I’m appreciated and can play my game. Chicago is the perfect place for that.”

The Celtics had arguably the best value signing during free agency, adding Schroder on a one-year deal at the $5.9 million taxpayer exception. The veteran point guard’s contract negotiations with the Los Angeles Lakers did not go well, turning down an $84 million contract. He will have to play extremely well this season in order to score the lucrative contract that he seeks next summer. That bodes well for Boston, who should be vastly improved from a year ago.

From Jayson Tatum’s battle with COVID to Jaylen Brown’s season-ending injury, the Celtics were on a roller coaster in Brad Stevens’ last year as head coach. While it seems like Schroder would slide right into the starting point guard role, the organization has hinted that Marcus Smart may actually play more at that position this season. Either way, Schroder should fit in perfectly with the two stars on the wing and a floor-spacing big man like Al Horford.

After their first successful season in decades, the Knicks are aiming to keep it rolling with largely the same core. Tom Thibodeau will also have a new piece to incorporate with the addition of Walker. Obviously, the large looming question is how many minutes he will play, and if his body will hold up throughout the course of the season. The sensational scorer has battled injuries over the past few years and Thibodeau has a track record with playing guys a lot of minutes.

Will Kemba Walker play back to backs for the Knicks this season?

He points to Tom Thibodeau, sitting in the front row.

The fit in New York just seems fitting, as the veteran made his name in Madison Square Garden. He has some iconic moments playing in that arena and hopes to add more with the Knicks this year. If Julius Randle can replicate what he did last season and Evan Fournier can come in and contribute, New York may be able to secure another top seed in the playoffs. Much of that will ride on Walker’s health.

The biggest headline during free agency this year was the Lakers acquisition of Westbrook. The move gives Los Angeles an incredible “big three” on paper. It remains to be seen how it will look on the court though. The fit next to LeBron James and Anthony Davis screams disaster, as Westbrook is widely regarded as one of the worst perimeter shooters in the league. He will have to improve significantly in that area and make teams pay for doubling down on James or Davis. They also have Kendrick Nunn that could play that role if Westbrook struggles.

On the flip side, the Lakers now have a legitimate threat at the point guard position that can get to the basket better than anyone in the game today. He brings another dimension to their offense, whether he is finishing or kicking out to guys like Wayne Ellington, Kent Bazemore and Carmelo Anthony. The concern is on the defensive side of the floor. The Lakers won their championship largely because of their defense, but this group does not possess the same talent in that area. It may take some time to iron out the wrinkles, but either way, it is going to be must-see television.

Much like the situation with Ball and Chicago, Lowry had long been rumored to end up in Miami. The veteran point guard got the contract he wanted and is playing alongside his close friend Jimmy Butler. After making the trade, Miami’s defense got even better by swapping Lowry for Goran Dragic and also adding PJ Tucker and Markieff Morris. With Bam Adebayo’s versatility and skillset, the HEAT should be one of the best defensive teams in the league.

Kyle Lowry made it to Miami 👀

Lowry is also widely regarded as one of the savviest players in the game, similar to Chris Paul. His high-level IQ and championship pedigree will be a major asset for Miami, who is ready to get back to the Finals after a slump last season. If Duncan Robinson and Tyler Herro can return to form, Pat Riley will have a shot at another title. Lowry just might be the missing piece to put them over the top.