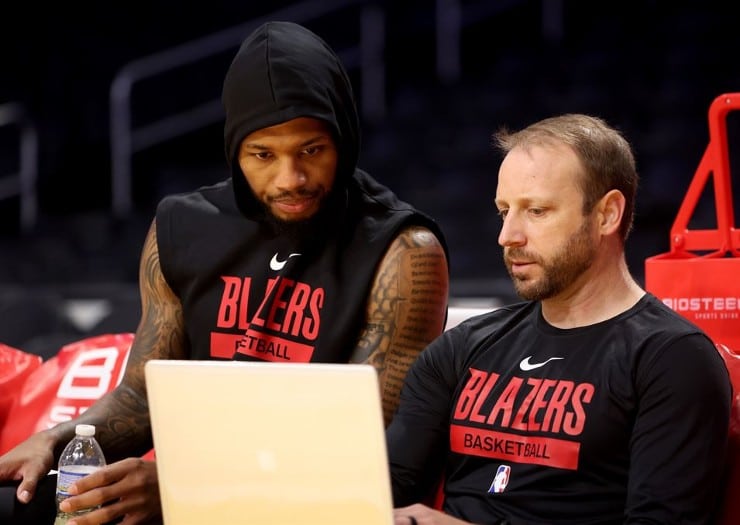 Damian Lillard is not worried after exiting the Portland Trail Blazers’ 119-98 loss against the Miami Heat on Wednesday night due to a right calf strain.

With five minutes remaining of the third quarter, Lillard left the court limping towards the locker room. The six-time All-Star would not return. He ended his night with 22 points, 2 rebounds, and 2 assists in 26 minutes played.

According to a few NBA betting sites, the Trail Blazers have the 19th-best odds to win the championship in 2023. As long as Lillard stays healthy this season, some sportsbooks are anticipating another playoff appearance.

During the postgame interview, Lillard said the calf felt tight before tipoff and the tightness returned throughout the first half. The Trail Blazers guard felt uncomfortable as he attempted a shot in the third quarter.

“It wasn’t nothing that I was overly concerned with,” Lillard explained. “I just know that it wouldn’t make sense to try and push through it in the fifth game of the season.”

However, Lillard is not counting on playing Friday night, when the Trail Blazers host the Houston Rockets. Following their matchup with Houston, the team has a four-day break before hosting the Memphis Grizzlies next Wednesday.

“Now I’ve just got to be smart, and make sure I’m getting a couple of treatment sessions in each day, and just try to stretch it,” continued the Trail Blazers guard. “So probably not going to be playing that game on Friday.”

“That will give me six days of maybe two sessions some days, three sessions other days, and try to be ready for that one. We’ll see.”

Damian Lillard is OUT with right calf strain. MRI will determine severity

Lillard cares about his health, especially after missing over 50 games last season because of an abdominal injury. In 29 games played of the 2021-22 season, the guard logged 24 points, 4.1 boards, and 7.3 assists per contest.

On Friday, the Trail Blazers will re-evaluate Lillard’s calf strain.