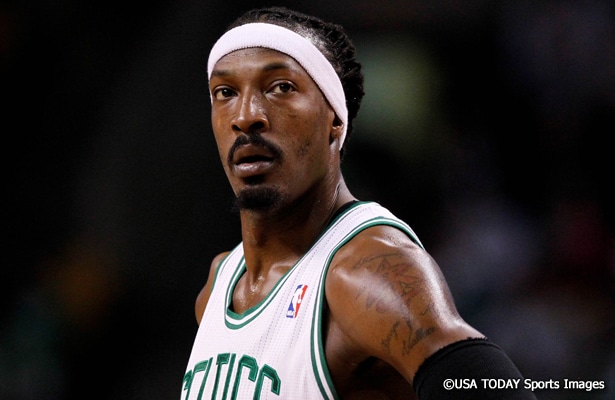 Gerald Wallace understands the nature of the NBA. He has seen teammates come and go. He himself has played for five teams over his 13-season career. But in spite of knowing basketball is a business, there is one move that irks him three years after the fact.

Rewind to February of 2011. The Charlotte Bobcats were coming off their first playoff appearance in franchise history, a season in which Wallace had earned his first All-Star selection. Even though the team was 25-32 at the deadline, Wallace believed in their postseason potential. He wanted to finish out the year in Charlotte, his NBA home since 2004.

Wallace had heard the rumors, yet after a while that becomes common for talented players with sizeable salaries. (He was set to earn over $20 million the next two seasons.) The afternoon of the trade deadline Wallace went to practice and says he was told by Bobcats personnel he would not be moved later on that day.

He returned home, only to be awoken by an unexpected phone call: he had been dealt to the Portland Trail Blazers.

“It was actually kind of crazy for me because of the simple fact that you go through it all day, you hear about the trades, you hear about your name being mentioned in trade talks,” Wallace said. “I actually was talking to my agent on the way to practice. I got to the gym, talked to the coaches and the general manager. Everybody assured me, ‘You’re good. You’re not going to be traded and everything was going to be fine.’ Then I went home after practice that day and took a nap. I woke up out of my nap and the trade deadline was 5 p.m. ET. When I woke up, it was like 4:45, 4:50 and my agent was like, ‘You’re traded to Portland.’ I was like, ‘Wow.’ It was basically right at the deadline.”

It took some time for the news to sink in. Wallace had been one of his team’s top scorers and was averaging 15.6 points and 8.2 rebounds in 39 minutes per game. He was focused on helping the Bobcats win that season, but the team went a different route instead. They acquired Joel Przybilla, Dante Cunningham, Sean Marks (all of whom were in the last season of their contracts), cash and two future first-round draft picks in exchange for him.

“I didn’t want to be traded,” Wallace, now a member of the Boston Celtics, said. “I liked Charlotte, being there. I was frustrated and pissed because I wasn’t expecting it. The fact that I had just sat in there and they looked me in my eye and they told me the deal wasn’t going to go through, all that. There was a lot more to it. We had just come off our first playoff appearance in franchise history. I had just come from the All-Star team. And all of a sudden, it’s like you’re tearing the team apart and starting all over again. You don’t get an explanation for it in this league so it’s kind of hard to take.

“They never did (tell me what happened). I couldn’t even get an explanation for why the trade went down. They wouldn’t tell me, they wouldn’t talk to me. … I was pissed. Like, I’m still pissed about it.”

The Bobcats finished the 2010-11 season with a 34-48 record, which put them in 10th place in the Eastern Conference. They did not make the playoffs and have not been back since then.

Wallace played the remainder of the season with the Trail Blazers but found himself in a similar situation the following year. In March of 2012, the Trail Blazers traded him to the New Jersey Nets for Mehmet Okur, Shawne Williams and a first-round draft pick that was later used to select Damian Lillard. The next summer, the Brooklyn Nets sent Wallace to the Celtics as part of the Paul Pierce-Kevin Garnett blockbuster deal.

By now Wallace is no stranger to being moved around the league. Time, though, doesn’t erase the impact the Bobcats trade had on him.

“It makes you realize this is a business,” Wallace said. “You have to take it for what it is and understand that regardless of what situation you’re in, or the best situation you think you’re in, things could change in a matter of time.”

Camerato talked one-on-one with a number of NBA veterans to find out what goes through a player’s mind as the trade deadline approaches. How do they deal with rumors and trades? Read the rest of the piece by downloading the Basketball Insiders digital magazine here.